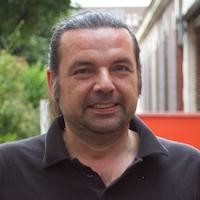 "I've enjoyed and benefited from my interactions with members of ViQi's team over the years and I'm very glad to officially join them now." Dr. Goldberg said. "I believe that the confluence of advances in imaging, automation, scaled computing, and AI will be transformative for life sciences and medicine, and ViQi is well-positioned to play a leading role in facilitating the breakthroughs ahead."

More on eTradeWire News
"ViQi is thrilled to announce the appointment of Dr. Goldberg as Chief Science Officer," said Kris Kvilekval, CEO at ViQi. "Dr. Goldberg has been a pioneer in the development of bio-image informatics and machine learning with a depth of experience spanning over 20 years. His expertise will not only help drive our own business forward but also that of our customers."

Dr. Goldberg joins ViQi continuing a career that lies at the intersection of biology and imaging. His accomplishments include co-founding a company that developed the first medical device to receive regulatory clearance for using an AI to predict malignancy in lung nodules in CT exams. Prior to that, the research group he led at the NIH National Institute on Aging developed machine learning software for image processing in biology and medicine, and while at MIT he co-founded the OME project, which is still used for imaging infrastructure in large image repositories. He has over 60 peer-reviewed scientific articles from his years at Johns Hopkins, Harvard, MIT, and NIH in molecular and cell biology, pattern recognition, image informatics and the basic biology of aging. His extensive education includes a bachelor's degree in biochemistry from the University of Wisconsin-Madison, a Ph.D. in cellular and molecular biology from Johns Hopkins University School of Medicine, and two postdocs in crystallography and image informatics from Harvard University and MIT respectively.

More on eTradeWire News
About ViQi, Inc: ViQi provides large-scale image analysis and visualization expertise and cloud-based software for scientific researchers and developers. ViQi users can visualize, analyze, and store over 250 types of image and data formats in one central repository. Unique user research workflows can easily be automated and scaled through machine learning and AI. ViQi was founded in 2014 and is headquartered in Santa Barbara, CA. Learn more at viqi.org.