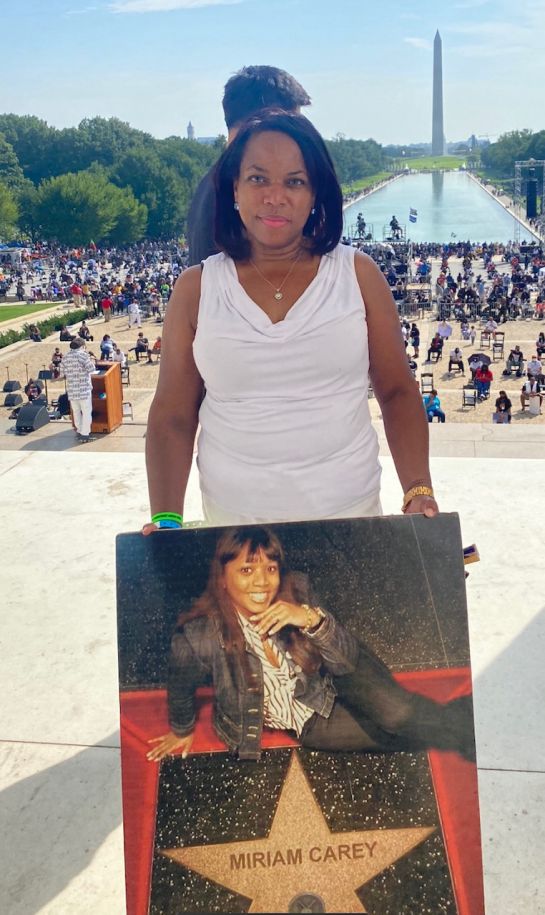 8 years later, the pursuit of justice for Miriam Carey, 34 year old dental hygienist continues with an exhibit at Read ART Loud.
BRONX, N.Y. - eTradeWire -- Valarie Carey, retired NYPD Police Sergeant and sister of Miriam Carey, the 34 year old unarmed mother who was traveling with her 13 month old baby on October 3, 2013 shot and killed by unnamed officers of the U.S. Capitol Police and U.S. Uniformed Secret Service Police in Washington, DC, will participate in Read ART Loud being held at the Andrew Freedman Home located at 1125 Grand Concourse in the Bronx section of NY at 11am Saturday October 23, 2021.

Read ART Loud (R.A.L.) is a program created by Tasha Dougé to garner interest in reading books and forging connections with artist through the creation of art.

Valarie Carey decided to create a multimedia piece on canvas that is inspired by the book Capitol Crime - Washington's Cover-Up Of The Killing Of Miriam Carey written by Garth Kant an investigative reporter.

More on eTradeWire News
Carey has been commemorating each year of her sister's death with butterfly releases on Miriam's birthday and death day.  This year, Valarie will release butterflies at the exhibit of her artistic rendition of the book Capitol Crime.  It is Carey's hope that more attention will be brought to a case that she feels was prematurely closed and that has not had any transparency in, since the officers involved in the shooting death of Miriam Carey were never made known publicly or to the Carey family by law enforcement officials.

Valarie Carey began a petition to the U. S. Department of Justice in 2014 that garnered a few thousand signatures.  Since the January 6th insurrection in Washington, DC this year the petition that is currently on Change.org has grown to over 86,000 signatures.