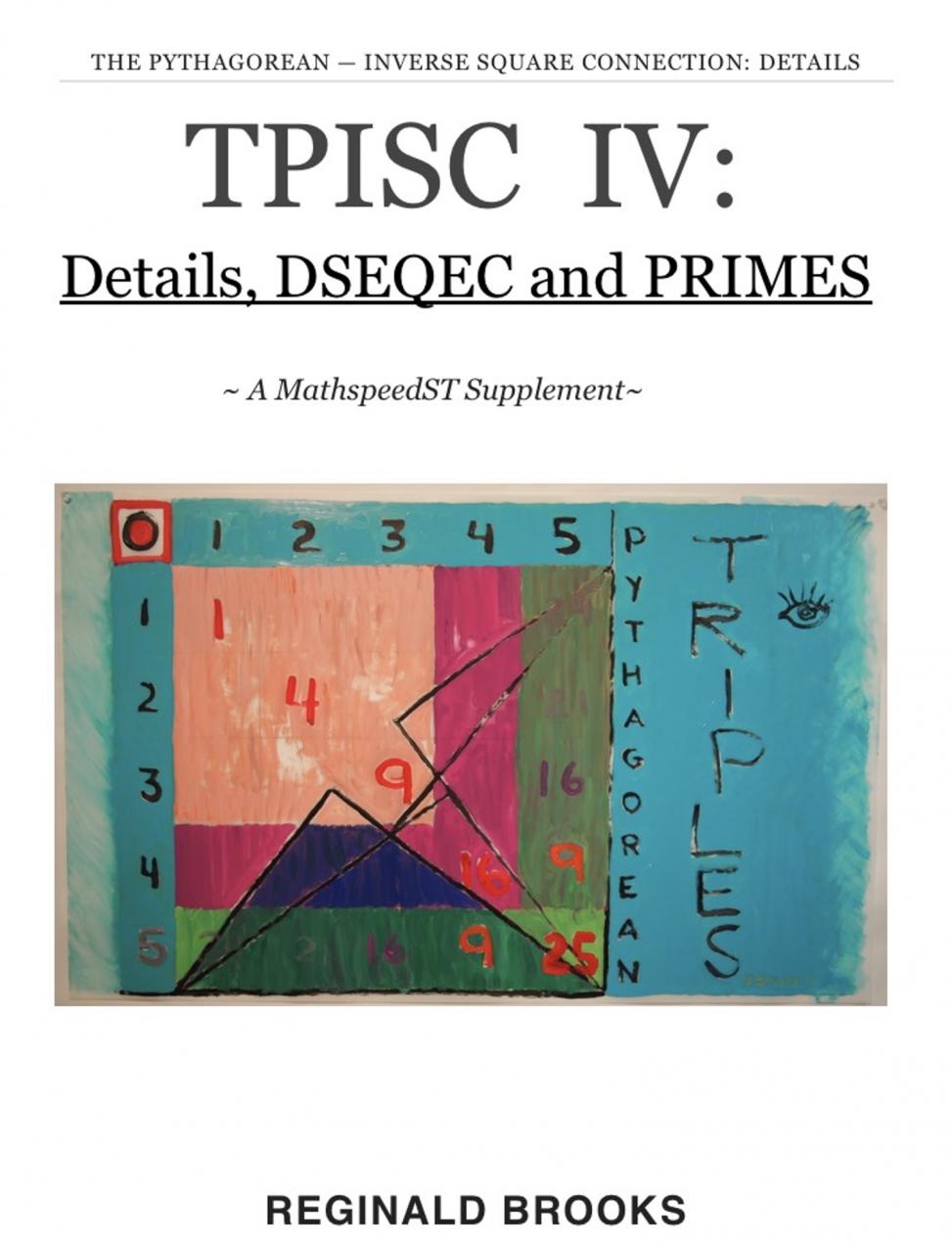 TPISC IV is the fourth supplement to MathspeedST. As the "devil is in the details," TPISC IV consolidates three ubiquitous connections between the Inverse Square Law (ISL), the Pythagorean Triples (PTs) and the PRIMES. These are mathematical relationships that exist independent of interpretation.

The interpretation of the math comes into play under the DSEQEC & CaCoST section that is included.
PORTLAND, Ore. - eTradeWire -- TPISC IV contains all of the below plus PRIMES vs NO-PRIMES, DESQEC-CaCoST and "details" of the earlier TPISC I-III works

The specific details of the BIM including the BIM ÷24, Sub-Matrices, PPTs, and, the PRIMES that includes:  the PRIMES vs NO-Primes, PTOP (Periodic Table Of PRIMES) and the Goldbach Conjecture, and PRIMES on the BIM, are two of the parts that make up a good part of  the TPISC IV.

More on eTradeWire News
In BIM: Part I (PTOP & the Goldbach Conjecture), it was shown that the PRIMES "hidden" on th BIM could be "seen" by manipulating the BIM a little bit. This info was then pulled out and assembled into a table: the PTOP.

In BIM: Part II, III and IV (PRIMES on the BIM), further investigation revealed those "hidden" PRIMES could actually be seen on the BIM when they were paired up as PRIMES sets (PPsets). In doing so, they clearly presented a definitive pattern of SYMMETRY about the EVENS that their sets informed. This comes about as the PPsets are themselves formed from repeated iterations of the PRIMES sequence (PS)— 3,5,7,11,13,17,19,23,29,31,… acting as FRACTALS, i.e., PS-fractals.

EVERY EVEN IS DEMONSTRABLY FORMED FROM THE SUM OF THE SYMMETRY- and PS-fractal-based members of the PPsets, fully satisfying Euler's Strong Form of the Goldbach Conjecture.

The possible role that such fundamental number-quantity relationships might playout in the Cosmos is examined in the DSEQEC (Double-Slit Experiment) & CaCoST (Creation and Conservation of SpaceTime) section.