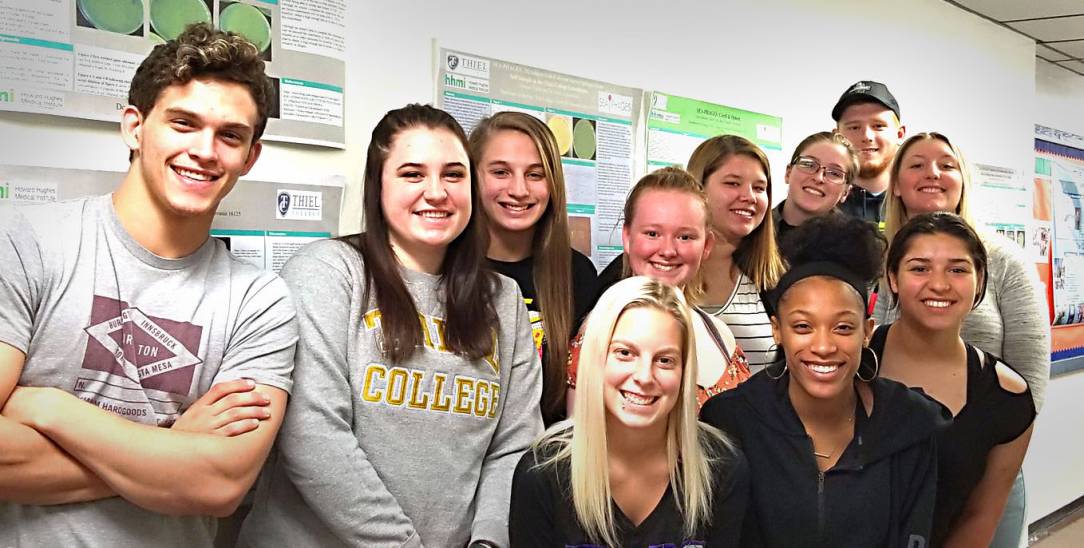 Swerdlow implemented the Science Education Alliance-Phage Hunters Advancing Genomics and Evolutionary Science (SEA-PHAGES) program at Thiel College (https://www.thiel.edu/) the SEA-PHAGES program is a discovery-based research course designed for undergraduates to complete over the course of an academic year.

The program is jointly run by the Howard Hughes Medical Institute Science Education division and a group at the University of Pittsburgh run by Graham Hatfull, Ph.D. The aim of these studies is to discover new bacteriophages or phages—viruses that attack bacterium. The specific ones the students are looking for can be found by digging in soil, then microbiology techniques are used in attempt to characterize the new phage.

More on eTradeWire News
The first phase of the SEA-PHAGES program, discovery, was implemented in Swerdlow's microbiology class.

"The students in the class, who are mostly freshman, learned how to do research and discovered new phages," Swerdlow said. "They used problem solving and critical thinking skills every day in lab, as well as, learned lab techniques that can be applied to other research projects throughout their time at Thiel and after they graduate. It's very exciting."

One of the phage genomes that the students discovered, Renzie, was sequenced by the University of Pittsburgh, as part of the SEA-PHAGES program. That sequence will be used by the genetics class in the fall of 2019. The class will annotate the genome, meaning they are going to look at the sequence and figure out where the genes are and the function of the genes. By doing this they will learn bioinformatics.

Swerdlow also plans to do a genome for a second phage, Lynlen, discovered by Mesich.

The annotated genomes will be published through SEA-PHAGES, HHMI and University of Pittsburgh on GenBank for other scientists around the world to use.  An additional aim of this program is to increase undergraduate retention in the sciences by having a course based research experience.

Phages have been studied for decades, but have not been accepted into general western medice. Because phages are extremely specific to the bacteria they infect, if you find the right phage it will have the ability to kill bacteria that are resistant to antibiotics. Recently, in the United States, phages have been used as a last resort, but many scientists believe they are the most promising alternative to antibiotics. This program hopes to get students involved in meaningful research early in their undergraduate career by having the students discover new phages that can be studied and used in medicine.

Thiel College (https://www.thiel.edu/) is a private liberal arts institution founded in the Lutheran tradition. Located in Greenville, Pa., the College offers 60 majors and minors, 25 varsity sports, and an 11:1 student-faculty ratio to more than 900 students. A dedicated faculty paired with dynamic research and internship opportunities produce numerous graduate school and job placements. Coeducational from its beginnings, the College celebrated its 150th anniversary in 2016 and remains committed to combining tradition with innovation.