The Greatest Music Starts With No Idea 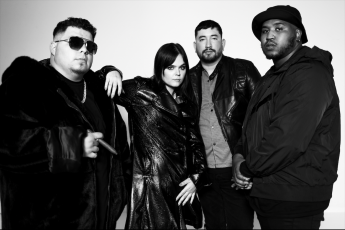 LOS ANGELES - eTradeWire -- No Idea Music Group (NIMG), founded in 2020 by Latham Ford, Robert "Z" Zarate, and K. Ford, is on a mission to become one of the most creative and innovative record labels of the '20s. Although quarantine was an inauspicious time, NIMG locked down their studio for the entire year to develop four solo Artists (Maddie Flood, Felix Quinata, Ayetone, and Nova) in all areas of sound and creative branding.

At the end of '21, NIMG held an exclusive showcase at Studio 10 DTLA for some of LA's top music executives, contributors, and influencers. According to attendees, all four artists dominated their performance. The blend of alternative pop, blues, hip-hop, and rhythmic R&B, collectively flaunted NIMG's high-quality production and sounds that will soon take over all airwaves.

"In addition to the music, it's our innovative process, infrastructure, and fully developed campaigns that make us stand out. To be candid, we are the new Motown," as expressed by Co-Founder and Creative Director Latham Ford.

More on eTradeWire News
NIMG is set to release its debut single, "Don't Matter Now," a compilation song featuring Maddie Flood, Felix Quinata, Ayetone, and Nova. According to NIMG executives, the idea to push a compilation single is to allow the audience to hear the uniqueness of each artist and showcase the label's ability to fuse a range of sounds into one quality record. NIMG has dubbed "Don't Matter Now" their official anthem as it conveys their dedication, teamwork, and creativity for making waves in the music industry.