The future is uncertain, but now that the past can be altered even our present may not be guaranteed 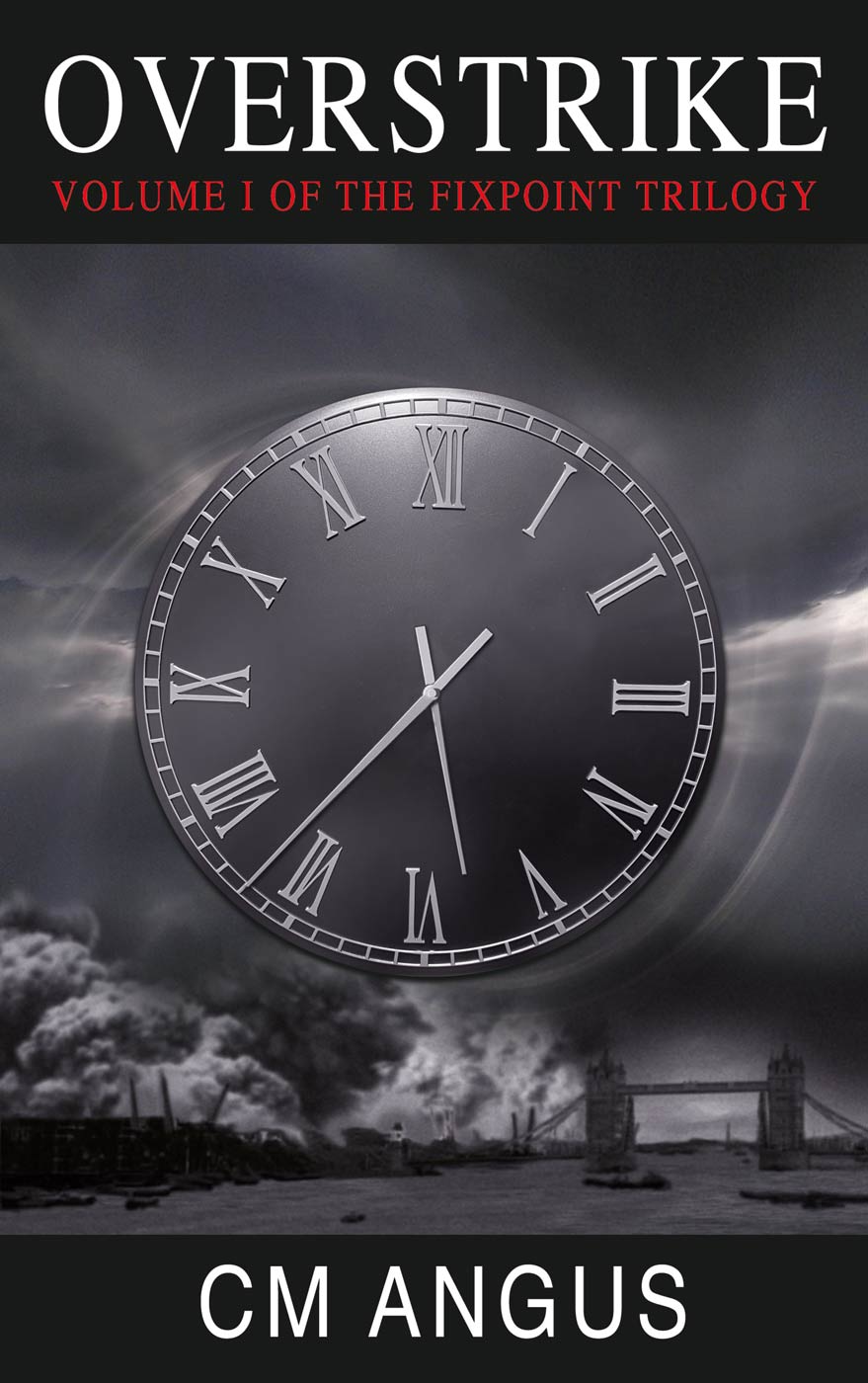 Joseph Howard is a fixer, who can manipulate reality. But when he disobeyed orders and triggered alternative events that caused the war to end early in 1945, he created an outcome that was positive for most, but catastrophic for some. For over a half a century Joe has been wracked with guilt and hiding his abilities. But when he senses a reality approaching, in which his newborn great grandson will have no existence, he fears retribution – but by whom? Estranged from his son, and never having taught his family about their gift, time is running out and he knows he must act.

Peter Buck, Editorial Director at Elsewhen Press says, "Having authored a number of technical papers and books, it was no surprise that CM Angus would bring those talents to the world of fiction. He has had much success with short stories published in various anthologies, so we were delighted when he came to Elsewhen Press with his first novel, especially as it is such a powerful start to what promises to be a thrilling trilogy. As the story unfolds we not only learn more about the main characters, in particular the Howard family, but we perhaps discover some things about ourselves: How would we react if our nearest and dearest were threatened by an unseen enemy that nobody else believes exists? How far would we go to protect them? But even larger questions manifest themselves as we read on; the nature of existence and reality, the illusion of free will, the inevitability of the future and the intractability of the past. Meanwhile, we are caught up in the story: in the fate of Matt, Joe, Tom and especially Ethan; and in the inexorable yet uncertain conclusion. And, when we get there, we have the ineffable pleasure of discovering that there is another twist to be pursued in the next book in the trilogy! Entertainment that makes you think about yourself and your own relationship with reality and time – what more could you want from speculative fiction?"

More on eTradeWire News
Overstrike is available from today on all popular eBook platforms.  The paperback edition will be available from 13th April 2020.

Born and raised in a steel-town in the Northeast of England, CM Angus now lives in Yorkshire with his better half, his children and an awesome dog.
Having struggled with English at school and having never written fiction before, he decided to become a writer while submerged in the bath one Saturday morning in 2014. Since then, he has had stories published in a number of recent anthologies and manages a growing colony of notebooks.
With a background in e-Commerce and technology, he has previously written technical non-fiction and is interested in all things creative, technological and scientific. His work is inquisitive and blends a passion for story telling with a strong scientific grounding.
When not working or writing, he spends his time as a Reiki master, a meditation guide and multi-instrumentalist. With a PhD in esoteric hard sums and a strong interest in Martial Arts, CM Angus jokingly describes himself as a gentleman, a scholar and an acrobat who dreams of, one day, owning some woodland.

About the book
Title: Overstrike – Volume I of the Fixpoint Trilogy
When Matt Howard's grandfather told him he must alter history to protect his newborn son, Matt thought the old man was crazy…
…Then he realised it was true.

Overstrike spans 4 generations of a family haunted by the prospect of an approaching alternate reality where their child has been erased from history.
Touching on themes of retro-causality, ethics and free will, and exploring ideas of cause, effect and retribution, it follows the path of Matt Howard, whose child, Ethan, is at risk, as he, his father and grandfather attempt to use their own abilities to manipulate reality in order to discover and prevent whoever is threatening Ethan.
This is volume I of Fixpoint, a trilogy about a family who discover their inherited ability to manipulate reality. It enables them to effect changes in order to safeguard themselves and all that they hold dear. But even seemingly small changes in a timeline can have unforeseen and far-reaching consequences. Follow the stories of the Howards, on a journey exploring reality, time and our own sense of self.