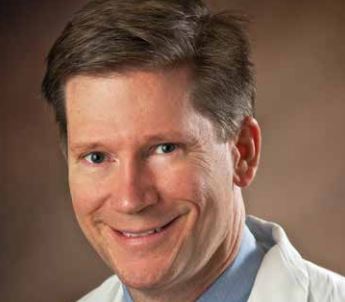 Dr. Peeper, formerly President of the National Board of Directors, has embodied and advanced the mission of the ESU, both locally and globally, for over 20 years.

Dr. Peeper has conducted clinical research on a range of gynecological and obstetrics issues in hospitals in New York City, Oxford, England, and Lexington, Virginia. He has published several major research articles in peer-reviewed medical journals, including The American Journal of Perinatology and American Journal of Obstetrics and Gynecology.

Dr. Peeper is also a classically-trained pianist. He won a competition at the Istituto Musicale Nicola Vaccaj in Italy and has performed in concerts around the world including twice at New York's Carnegie Hall.

Dr. Peeper is a generous donor to a number of causes. He sits on the Boards of the Louisiana Philharmonic Orchestra and The Pirate's Alley William Faulkner Society. He is a member of The Most Venerable Order of St. John of Jerusalem, the Shakespeare Society of New Orleans, and the Jane Austen Society of North America, among a host of other associations. He also notably served on the Board of the Shakespeare Festival at Tulane, Tulane University, as well as at the Christ Church Cathedral.

More on eTradeWire News
He is a long-time activist and supporter of the English-Speaking Union of the United States. He was elected President in 2014, after having served as President of its New Orleans Branch between 2002 and 2012. As President of the National Board of Directors, he has led the organization's fundraising efforts and has provided guidance to its educational programs and charitable activities.

Dr. Peeper and his husband, Mr. Michael Harold, are major ESU benefactors who, in addition to their generous annual donations, have made several major contributions that leveraged the largest grant ESU has ever received to inaugurate the Andrew Romay New Immigrant Center.

And, in gratitude for his contributions to the English-Speaking Union in its larger global setting in 2020, he was awarded the inaugural Princess Royal Award.

Announcing Mr. Darryl McCormick as New Vice Chairman of the National Board of Directors

The English-Speaking Union of the United States is pleased to announce Mr. Darryl McCormick of Stamford, CT as the new Vice Chairman of the National Board of Directors.

Darryl McCormick is a senior human resources executive with 33 years of experience in not-for-profit organization development, cultural change, and executive recruitment. From 1991 until his retirement in 2018 he served at Stamford Health, a 2,700 employee hospital with an extensive ambulatory network and a 120+ member-employed medical group. His progression of positions there includes: Vice President of Education & Organization Development; Senior Vice President of Human Resources; and Senior Vice President, Talent, and Culture. From 1985 to 1991, Darryl was Assistant Director of Bridgeport Hospital, and, prior to that, he worked in the banking industry as an auditor. As overseer of key HR functions, his work has included employee relations, benefits, compensation, and labor relations. He has developed and implemented policies and procedures to ensure compliance with employment laws and negotiated benefit plans. As a volunteer, he is a former Board member of the Boys and Girls Club of Stamford and a mentor with the Greater Bridgeport Buddy/Mentor Program. He earned his B.A. from Fairfield University and his M.B.A. from the University of New Haven.

More on eTradeWire News
Announcing Mr. Duncan Karcher as the New President of the National Board of Directors

The English-Speaking Union of the United States is pleased to announce Mr. Duncan Karcher of New York, NY as the new President of the National Board of Directors.

Residing in New York City, Duncan has been an active ESU Board Member since 2016.  He has also been a board member on the PTA of his children's schools. In his spare time, Duncan enjoys running and has completed 15 consecutive New York City marathons.

ESU Announces New Board of Directors