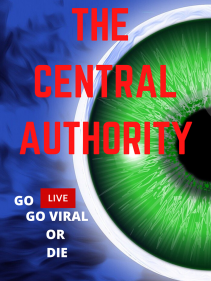 Using groundbreaking techniques, the first socially distanced feature film was shot entirely during the pandemic
HOLLYWOOD, Calif. - eTradeWire -- The Central Authority, the horror-comedy  brainchild of Kristin West and Dana Olita, has been a brave undertaking in these hazardous times. "We knew this was a huge endeavor going in," said West, who  co-directed with Armin Nasseri. "We were forced to use the technology  available, which meant doing some unusual things." Those "unusual things" included dusting off some archaic film techniques and using  brand new processes. "We gave ourselves permission to fail." says West, "but things worked out fine in the end."
Those processes including having actors from all over the world come together on the screen. Actress Anna Elena Pepe, who plays Dr Zhivaga, a quarantine sex therapist,  says it was an experience for her like no other,"I was in London, and my scene partner (Lachelle Allen) was in Los Angeles. "It was fantastic."
'The actors were the key," according to Olita, "We basically let them pick and choose characters and wrote around their choices." West agrees, "We gave our actors a tremendous amount of freedom, there was a lot of improvisation. Everyone gave great performances and the chemistry the actors have with one and other is magical "