The Balkan courage in journalism award goes to Kristinn Spence 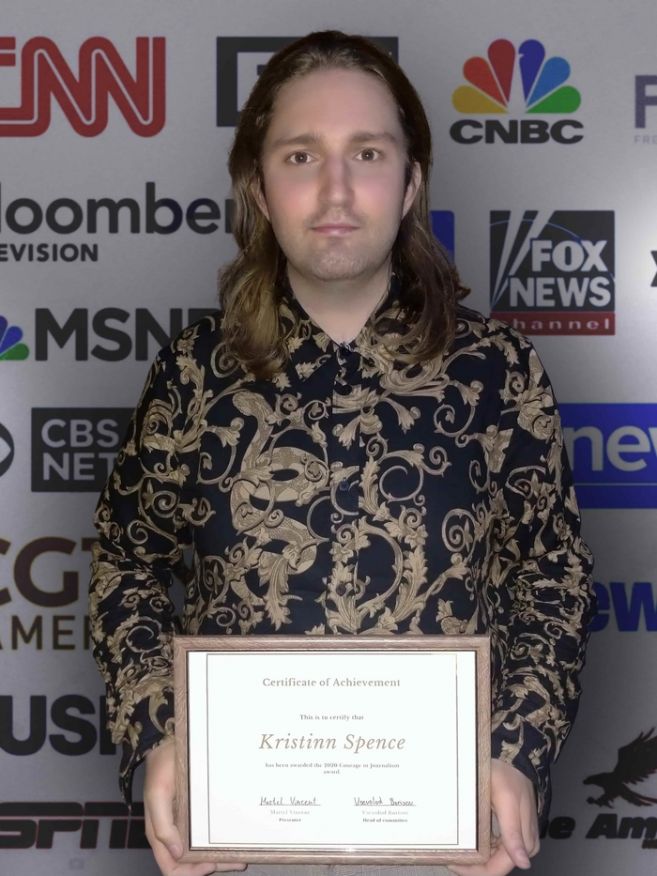 BEOGRAD, Serbia - eTradeWire -- Kristinn Spence the Freelance Journalist and founder of the #stopthesilence anti-violence movement has been awarded the Courage in journalism award by a group of freelance journalists and activists going by the name the Balkan press, human rights and anti-corruption association.

The Balkan press, human rights and anti-corruption association newly is a founded group of media advocators and is mainly based in Serbia but has journalists worldwide and non-journalists.

The group is open to anyone willing to do good in the world and help in the fight against crime and especially we are looking for people who want equal human rights and to expose corruption globally.

The association is in the near future setting up a secure drop box on Tor so that whistleblowers can safely send information to them and request help from journalists.

(A link to the work of Kristinn Spence and his co-worker and one of the reasons he was awarded.
http://24-7reporters.com/news/the-icelandic-journalist-who-threatens-authority/0237567/ )
(mirror: https://pastebin.com/31uiSmV7)
(And a link to the livestream where he was met by police officers in Iceland
https://bit.ly/3hzKRl8)

More on eTradeWire News
Kristinn has been working as an Freelance journalist and a research journalist since 2018 and has also shared his own story with the world and what made him take such a strong stance on corruption and crime.

After having been on the victim side and not many supporting him he decided to put his foot down and to start helping others who do not have a voice or might be victims of violence or brutality of some sort.

With his expertise in tech and law he has been working relentlessly to expose corruption going in deep sometimes scary deep according to his co-worker.

Kristinn Spence says it is terrible how journalists can be subject to judgement for their work and is glad that the association will also work on keeping other journalists safe.

If you want to send information, request help or become a whistleblower then you can contact the association over the encrypted email to this address: Bphrac@protonmail.com and by using the PGP key below
you can also contact Kristinn spence on Facebook