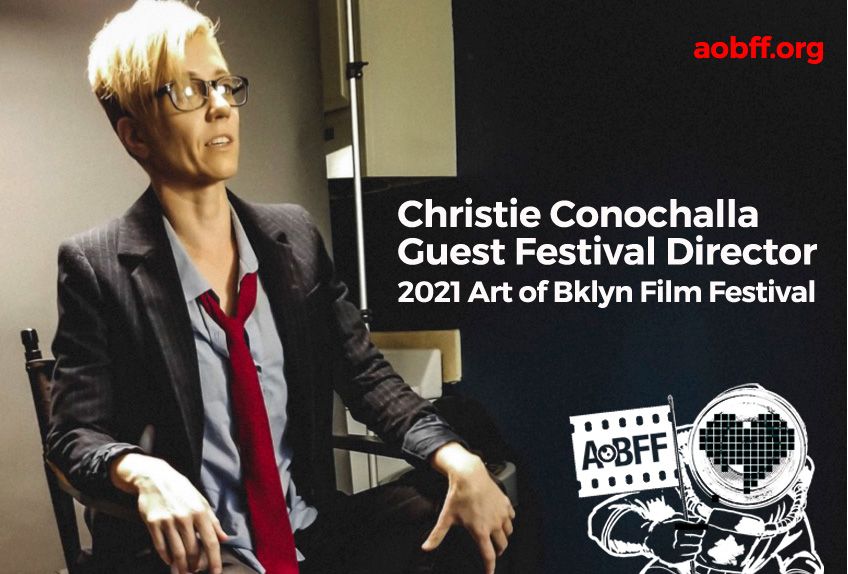 ​Art of Brooklyn Executive Director Joseph Shahadi said, "I met with filmmakers and programmers from all over America—and the world— this year. There were several great candidates but in the end it was clear that Christie was the perfect choice for 2021. I can't wait to see her vision for this season unfold."

More on eTradeWire News
Christie is a writer/director/producer in Los Angeles with a passion for creating complex stories about queer women for a mainstream audience. She is an AoBFF alum, with two shorts in the 2020 edition, "August in the City," which she directed and "House of La Reine" which she produced. Her body of work showcases her love for telling widely relatable stories about lesbian characters.

Best known for the multi-award winning " August in the City" and the lesbian rom-com "Once Upon a Zipper," Christie's first feature "Forever Not Maybe" recently earned her Best Director at the North Hollywood Cinefest Film Festival, and has been rated the most-watched film on the LesFlicks streaming platform . Her most recent short "Marry Christmas," also available on LesFlicks, was released on Christmas Day 2020.

Christie's screenplay for her magical realism dramatic feature "Finding Yesterday" placed in competitions including the Black List Writer's Residency, Script Pipeline, and the Golden Script Competition. She also works as an entertainment professional in the television and live event industry and is heavily involved with the Alliance of Women Directors organization.

More on eTradeWire News
Of her role curating the films of the 2021 AoBFF, Christie said,
"Having spent almost a decade with various projects in festivals all over the world, it is such a special opportunity to be on this side of the process and entrusted to work with the Art of Brooklyn for the programming of their 2021 festival. Thank you for your trust in me. Ok, enough about me, time to talk about the filmmakers! Let's do this."

The Art of Brooklyn Film festival's mission is to bring the borough's vibrant independent film scene into conversation with their peers around the world. Since 2016, AoBFF has invited a different Guest Festival Director each season, to keep its programming vision fresh and diverse.