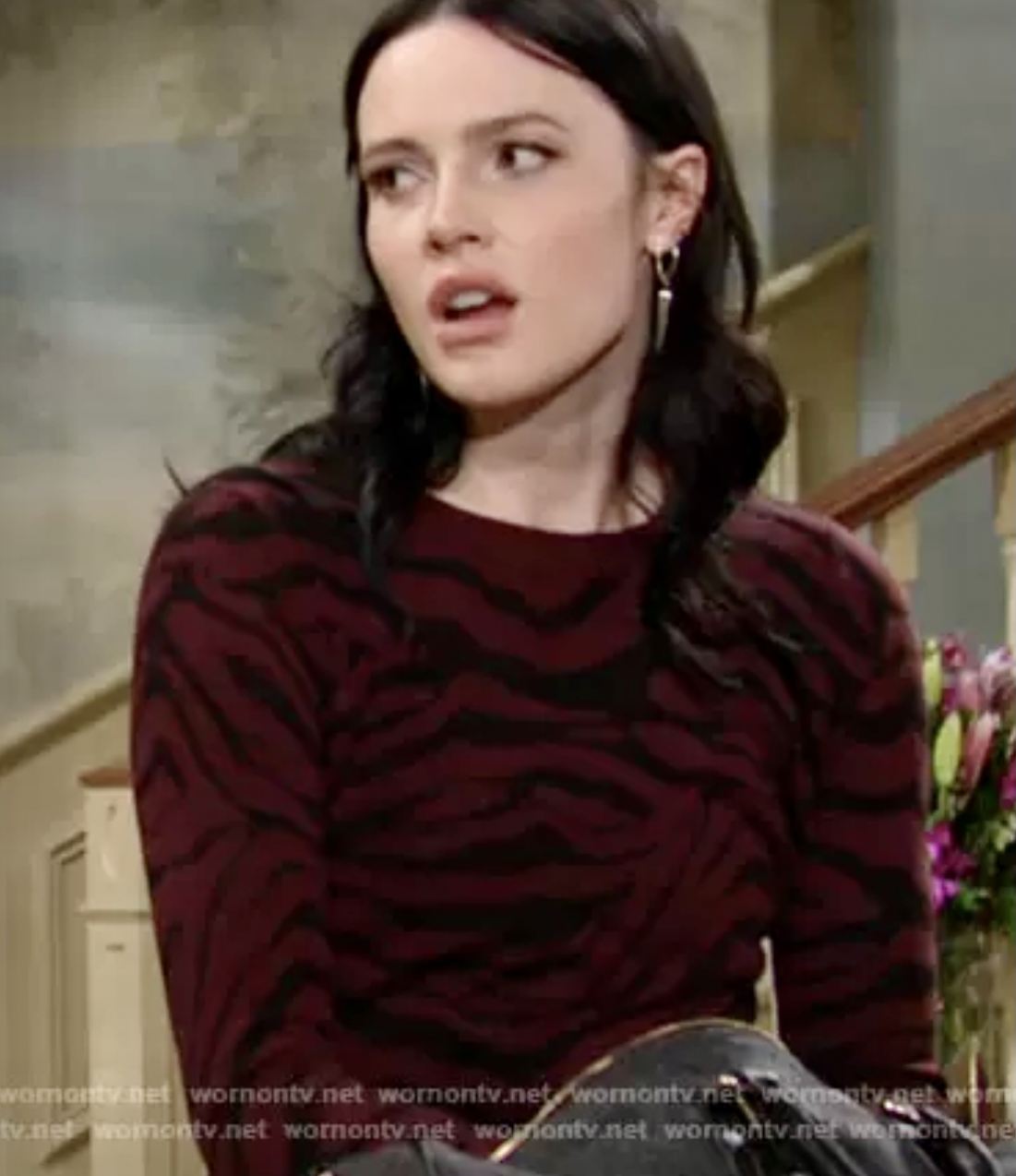 As Seen on TV: Danielle Nicole Enright of Abrau Jewelry has her earrings worn on The Young & the Restless
MILTON, Vt. - eTradeWire -- Danielle Nicole Enright, Owner and Designer of Abrau Jewelry located in Milton, VT is pleased to announce that her jewelry was worn on the long-running show, The Young & the Restless. Her handmade earrings were worn on the character, Tessa, played by actress, Cait Fairbanks, on episode 48.122, which aired on March, 24, 2021.

Danielle describes her sterling silver spike earrings as "edgy", "fierce", and states that they fit the character, Tessa, perfectly. Danielle states that when designing for a show, she researches the show "extensively" beforehand. In this case, however, Danielle knew the characters well, as she grew up watching Y&R with her mother, Patsy Conder, and remembers writing to the show when she was a child in the hopes that she could audition stating,  "I grew up wanting to be an actress like my Aunt Eileen who lived in New York City. It was so innocent, really, to think that I could simply write a letter and get cast on the show. Let's just say that it took many long years and a lot of hard work to finally get on it and, although not in the form of an actress, I made it in another way."

More on eTradeWire News
Danielle has been in business since 2011 and she has had her jewelry worn on TV shows such as The Vampire Diaries and has been featured in magazines like Conde Nast Traveller, Bizarre, Elle, Marie Claire and Organic Spa to name a few. She submits her jewelry through a marketing company, The Artisan Group, owned by Valerie Guerrero. The Artisan Group is a collective and juried group of female artisans who market their work to Hollywood shows and actors. Danielle states, "What Valerie does for our group is amazing. She works so hard getting us all of these amazing opportunities and we all support each other and cheer each other on. I've never felt this type of sisterhood, until I joined this group. I feel very fortunate to belong to it."

Danielle has submitted her designs to shows like, This is Us, Ozark, Law & Order SVU, Charmed, and The Young and the Restless. She is thrilled to have had her earrings selected by the wardrobe stylist for Y&R and says that it makes her happy that the publicity helps to spread the word about her business, which gives back through donations from her sales. Danielle states, "Abrau is more than jewelry. It is a female empowerment brand and I work very hard to make sure that I can help other women find their creativity and their voice through mentoring, volunteer work and donations."