Should July Be Nominated As National Black Leader's Month: In Honor Of Julius Caesar 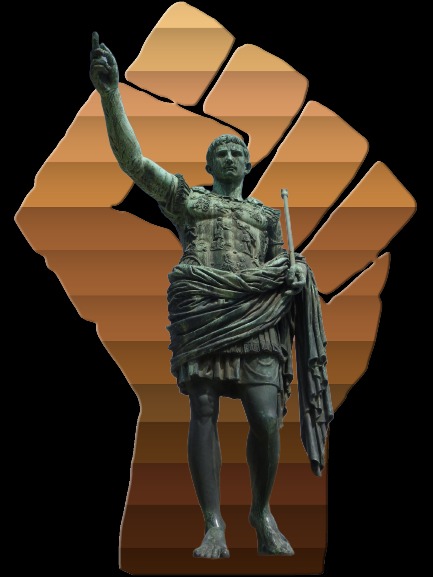 Caesares, qui ducere vellent.
Those that chose to lead are Caesars.
WASHINGTON - eTradeWire -- Education is the mother of leadership. —Wendell Willkie By: Mooka Da'knowledge Public Relations For So Seductive Kiss Fans

"When you become a leader, success is all about growing others." —Jack Welch

H.R.6261 - African American History Act
became active in 2022; its purpose is to promote African American History educational programs. In a time of 44 B.C. a hall of Roman Senators decided to honor Julius Caesar by changing the calendar month of Quinctilis to iulius known as July today. According to Roman records it is the month of his birth on the date of Quinctilis 12th, 100 B.C. On July 2nd 1964, the former president Lyndon B. Johnson decided to sign the known Civil Rights Act. A century before that on July 9, 1868, an amendment of the United States Constitution was ratified numbered at 14; it redefined U.S. citizenship. In 1787 on July 13th, the Northwest Ordinance was enacted by the house of representatives, and the senate. That ordinance established new laws like a ban on slavery in the northwest. A man was born Thurgood Marshall on July 2nd, 1908 in the city of Baltimore, MD. He took his oath, and began to serve on the Supreme Court in the year of 1967. A new appointment of Ketanji Brown Jackson on the day of June 30th will begin service on the Supreme Court in July 2022. One of America's favorite pastimes, baseball presented Leroy R. (Satchel) Paige with the Hall of Fame in 1971. He was born on July 7th, and became the first African American to play as pitcher in the American League of baseball. In a far away territory of the United States a man named Luis Munoz-Rivera was born on July 17th. He led the ambition to attain self-government for Puerto Rico, and helped lead the new Autonomist Party. In the city boundary of Holly Springs, MS on July 16th 1862, Ida B. Wells was born, and won a Pulitzer Prize for starting anti-lynching societies, and black women's clubs. On July 18th in the year of 1918, 8,941 miles away a man was born Nelson Mandela. He took the oath of office as the first Negro to become president of South Africa. Although all these leading characters are in the spotlight; there are many that are not. But a musical band named Dashade Music has released a song in honor of all those that chose to lead: This Is For The Black Ones.