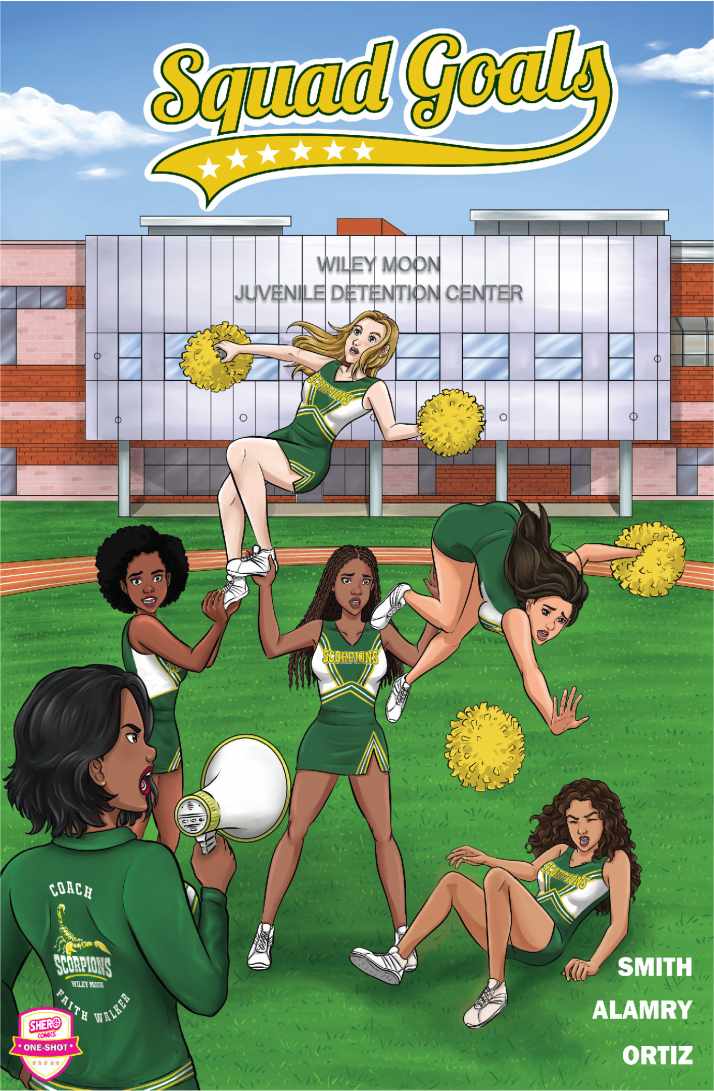 Physical copies to begin shipping on Friday, December 11, 2020
LOS ANGELES - eTradeWire -- Bringing holiday cheer to Christmas through the sport of All-Star Cheerleading, Shero Comics' latest book release, Squad Goals, makes a splash on Amazon Kindle. The new comic book from the female-centered company spent this past holiday weekend in the #1 spot in both new releases and best sellers for the oft crowded sports graphic novels category.

Squad Goals tells the story of Faith Walker, a former UCA cheerleader turned championship-winning cheer coach who, after a rogue hair bow incident, loses the 2020 UCA championship. Just before the fall season begins, Faith is fired from her coaching job at Dallas Prep and replaced by Bianca Houston, a former Dallas Cowboys cheerleader who also happens to be her arch-nemesis. While searching for a new gig, Faith is recruited to coach a ragtag team of girls located at a local juvenile detention center. Despite their teen angst and aversion to cheerleading, Faith manages to find something special in each of the girls that she uses to turn them into a formidable cheer squad.

More on eTradeWire News
Shero Comics CEO, Shequeta Smith, couldn't be happier with the reactions from fans of the book. "We released this project now because we felt that with 2020 being such a sobering year, we wanted to end it on a high note with something fun and uplifting. The early success of the book shows just how necessary stories like this are to people, young and old," said Smith.

Squad Goals, a one-shot comic book, is now available exclusively on Amazon Kindle. Physical copies of the book can be purchased on the Shero Comics website and will begin shipping the second week of December.

Shero Comics is a multimedia company that focuses on minority women in comics, films, and gaming - with the mission to help women and girls uncover their superpowers. In 2019, the company partnered with Westfield Corporation and launched the only all-female comic convention in America, SheroCon, which made history as the first comic-con to ever take place inside of a Westfield property.