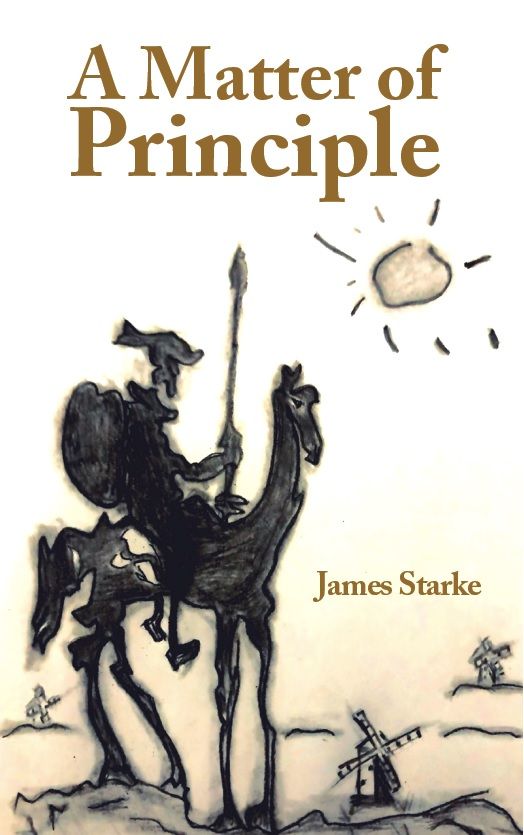 Novelization joins chorus of critics lamenting how increasing polarization has degraded once-venerable institution
WASHINGTON - eTradeWire -- Within hours of the passing of Ruth Bader Ginsburg the gruesome display of banal political posturing began in earnest as the process of turning a once-venerable institution into yet another locus of polarizing tribalism gripping America nears completion, even while commentators decry the prospect of a hopelessly gerrymandered, politically skewed court system embedded into the constitutional framework for decades to come.

Joining mounting criticism of the politicization of the judiciary is a new book scheduled for release the first Monday of October (the start of the high court's 2020 term) entitled A Matter of Principle, the debut novel by James Starke, who chronicles the misadventures of an idealistic law student confronting cynicism and ruthless ambition in the post-protest era of the 1980s, both in law school and at the highest levels of what was, even then, an increasingly politicized judicial system.

More on eTradeWire News
According to the publisher (description appearing on Amazon available HERE), the novel is "based on actual events and reporting about the secretive United States Supreme Court," finding lamentable the fact that, in "an increasingly divided country, rather than rise above the fray and interpret the law as they find it, *** judges are jousting just like everyone else, locked in mortal combat against what they perceive to be an unprincipled enemy – an enemy whose ideas are unworthy of thoughtful consideration, espoused by combatants driven by less than chivalrous ideals."

The book follows on the heels of the Frontline documentary Supreme Revenge airing in May, 2019, that traces the descent of the Supreme Court into its current status as a discredited, politically-charged quagmire to the failed nomination of Robert Bork and the decision of politicians in the U.S. Senate – from both major parties - to turn the once highly-regarded court system into just another political playground.


But while the documentary is able to shed light on the open political warfare being waged against an otherwise independent judiciary, there is precious little insight available into the behind-the-scenes jousting within the court itself, except for the reporting in books such as The Brethren (Woodward & Armstrong, 1979) and Closed Chambers: The Rise, Fall, and Future of the Modern Supreme Court (Lazarus, 1998).
https://www.youtube.com/watch?v=SvKpFlv0XlM


That has left authors such as Starke to divine what may be happening behind closed doors at the Supreme Court through the creative process in novels such as A Matter of Principle, a rare example of an attempt to tell the story of how decisions are made at the secretive court - and how those decisions impact the lives of ordinary people.