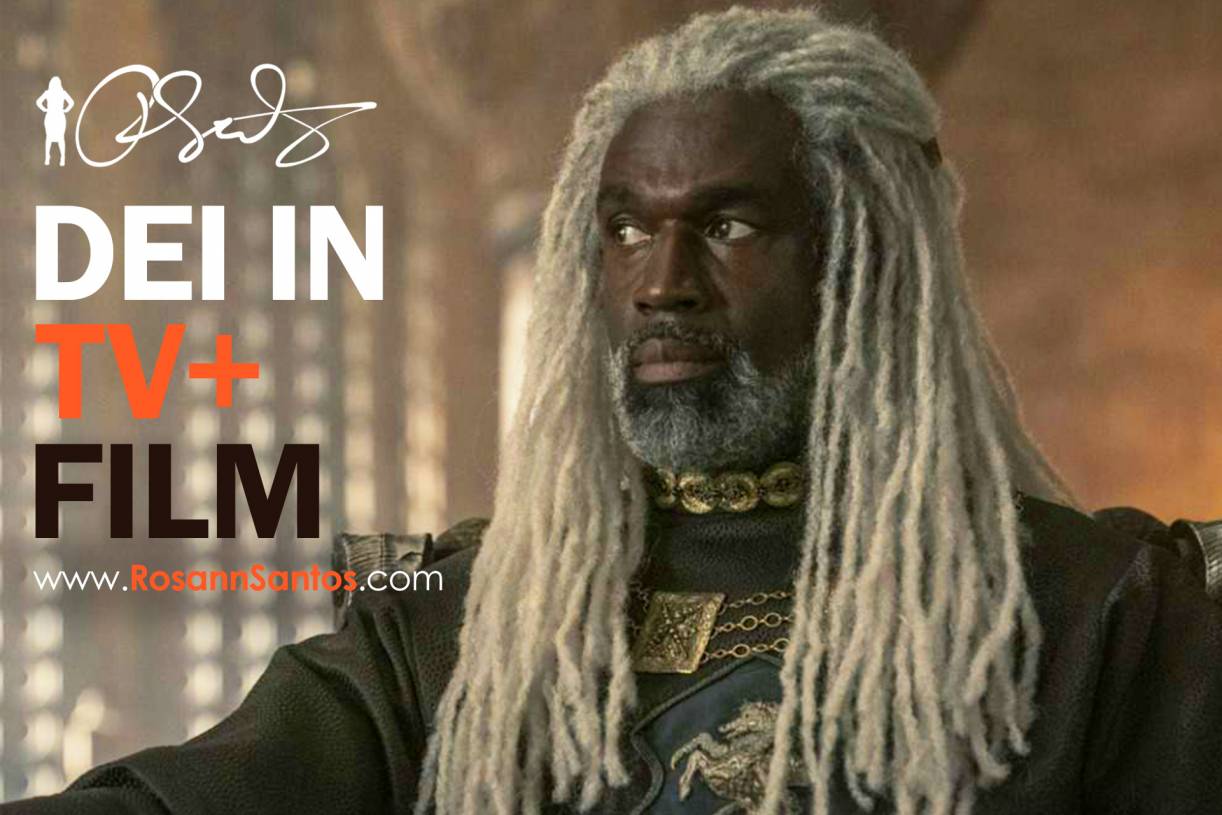 The series is set about 200 years before the events of  Game of Thrones which began production and casting back in 2007. Much has changed since then.

Lord Corlys Velaryon is the head of House Velaryon, one of the wealthiest and most powerful families in the Seven Kingdoms, and Master of Ships to King Viserys Targaryen. The portrayal of a wealthy, powerful noble by a person of color has created a great deal of discussion among viewers who may not be ready yet to accept people of color in seemingly white dominated worlds.

More on eTradeWire News
Rosann addressed this in her video posted on her YouTube Channel:
https://www.youtube.com/watch?v=bFSMzWETC4Q

She also mentions Toussaints' reaction to this criticism in which he says, "They are happy with a dragon flying. They're happy with white hair and violet-colored eyes, but a rich Black guy? That's beyond the pale." Surely this is only one of many examples of the impact that DEI has made in television, film and media.

Rosann Santos is a FranklinCovey consultant and facilitator for Diversity, Equity and Inclusion (DEI), Unconscious Bias and Sensitivity Training. She provides highly effective workshops to foster diversity, equity and inclusion in the workplace and society to the most prominent organizations in the world such as Amazon, Goodyear®, and Oracle.

FranklinCovey is an organization that transforms people and organizations by building exceptional leaders, teams, and cultures that get results through their consultants. The organization utilizes certified consultants to deliver its content to those who wish to:
About Rosann Santos:

More on eTradeWire News
Rosann is a keynote speaker, career coach and facilitator for DEI and Unconscious Bias. She's not only known for delivering deeply engaging, interactive conversations in live workshops and seminars but also for her ability to effect audiences in an online virtual environment. She is adept at transferring the energy and deeper meaning of her message in a unique, effective manner.

Rosann is fully bilingual in English and Spanish and can facilitate training or deliver a keynote equally in both languages.

To retain her services for DEI, Unconscious Bias and Sensitivity Training, visit her page on the FranklinCovey website:

For more information on Rosann's background, her training, keynote speaking, and facilitation, visit her website at RosannSantos.com