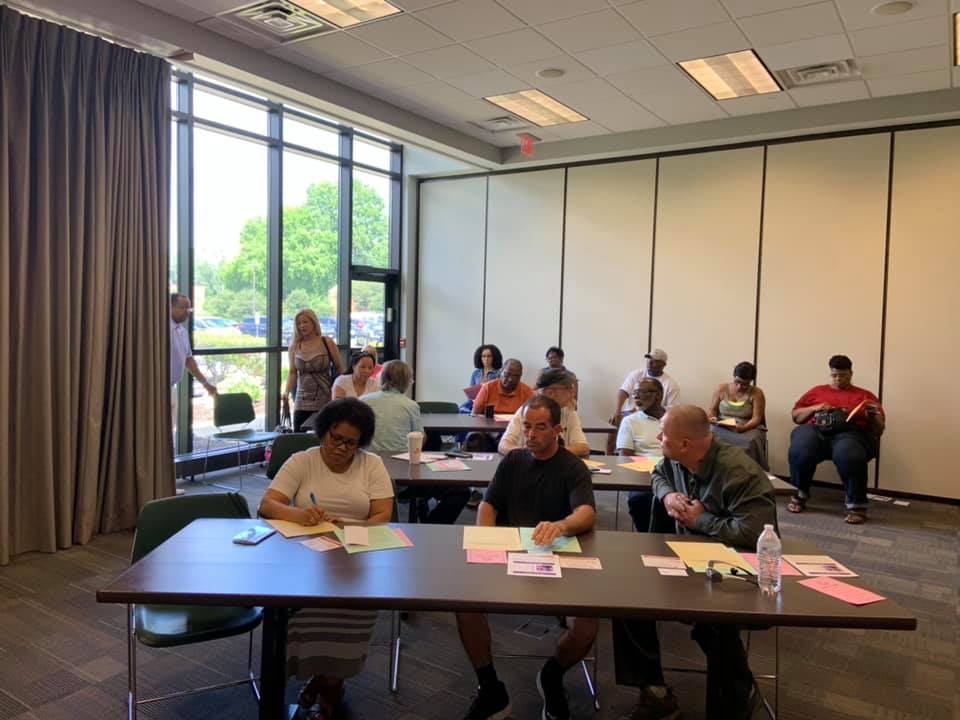 "I am delighted these Ohio residents have pledged to help secure Mr. Morris' exoneration. No one, and certainly not law enforcement officers should be vilified for lawfully combating predators of children and young adults susceptible to human trafficking." ~ Dr. Zena Crenshaw-Logal, Executive Director of The Law Project
TOLEDO, Ohio - eTradeWire -- This past weekend, a hearty group of Ohio residents gathered in Toledo for a Community Forum On Judicial Accountability (CFOJA).  But during their nearly two (2) hour meeting, the essential link between community support and appropriate accountability in multiple aspects of society was explored.  In fact, the CFOJA "Special Presentation" featured efforts of former Lucas County, Ohio Deputy Sheriff Maurice Morris to combat child sexual exploitation in religious settings.

Morris asked the CFOJA audience, "(i)f the former sheriff would have moved on my initial report regarding teenage girls being sexually approached by adult males in the church, how many children could have been saved from predators in the church?"  Instead, according to the online article titled "An Unholy State of Affairs", Morris was prosecuted for and convicted of assault during a 2006 arrest of an alleged pedophile, which prosecution is claimed to have been retaliation for Morris' work-related whistleblowing.  He is certainly not the only U.S. law enforcement whistleblower who claims to have faced life and career devastating retaliation, but the arguable ripple effect in Morris' case is particularly horrendous.

More on eTradeWire News
Over the last few years, the Toledo area has witnessed what should be more than its fair share of criminal convictions of religious leaders for their sex crimes against minors.  Moreover, the State of Ohio is among the worst in America for human trafficking.  "No one, and certainly not law enforcement officers should be vilified for lawfully combating predators of children and young adults susceptible to human trafficking," says Dr. Zena Crenshaw-Logal, Executive Director of The Law Project which sponsors CFOJAs across America and many other U.S. legal system reform efforts.  "Golden Badge is a support group for U.S. law enforcement whistleblowers that is also under The Law Project's nonprofit corporate umbrella," Crenshaw-Logal explains.

Crenshaw-Logal adds that Golden Badge is leading a multi-faceted campaign to get former Deputy Sheriff Maurice Morris and other of its members exonerated for what appears to be their retaliatory wrongful convictions.  "I am delighted that guests of our first CFOJA in Ohio have pledged to help secure Mr. Morris' exoneration," she remarked.  Her sentiments were echoed by Mr. Brian Kinter, First Vice President of the National Strategy and Management Board that coordinates CFOJAs, and founder of JAM, the Judicial Accountability Movement.  Mr. Kinter added that "(c)ommunity support is key to lawfully compelling appropriate law enforcement, prosecutor, and judicial accountability in America as well as justice in general.  We want good government and we want justice for Maurice Morris as well as all others in the United States of America. I am an Ohio resident, and I will do everything within my constitutional and human rights to help protect the children and law abiding citizens of this State and country."

More on eTradeWire News
To learn more about The Law Project including its National Forum On Judicial Accountability and Golden Badge, visit www.njcdlp.org