New Memoir By U.S. Marine On Sale Now On Amazon 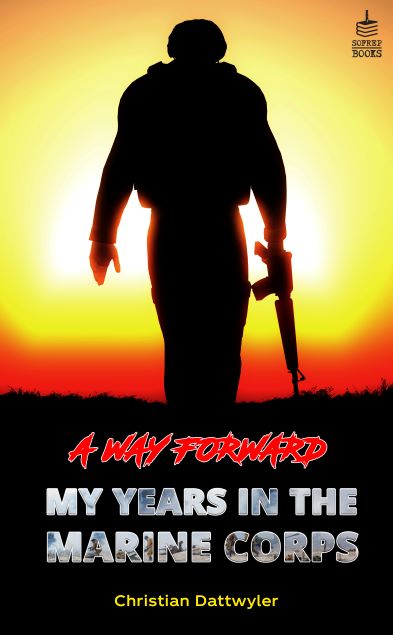 Can a teenage boy in the eighties enmeshed in drugs, blowing his grades, tuning out of sports, church, and his family, turn his life around to become successful?

Not without the help of a nearly two-hundred and fifty-year old American institution… The United States Marine Corps!
OKLAHOMA CITY - eTradeWire -- In this biographical memoir, Christian Dattwyler will take you on his journey from a humble, innocent childhood growing up in the Westchester suburbs of New York City to his early high school years filled with introductions to drugs and hard drinking.

A Way Forward, My Years in The Marine Corps, published by SOFREP BOOKS, reveals how a Marine recruiter pulls out every old trick in the book to compel Christian to sign his life toward four years of government service. The memoir proceeds to delve into his mind and thoughts as he experiences hard as nails Marine recruit training at Parris Island, completes his 'Grunt' training and is assigned to the Fleet Marine Force.

Through the ups and downs, A Way Forward, My Years In the Marine Corps tells the true story of a young man with formerly zero ambitions, evolve to become one who strives to excel at all thing that he does. Christian Dattwyler is not a loser, nor is he a hero or role model. He is just a regular guy who struggles early in life but finds a purpose within the United States Marine Corps. The nineteen-eighties era recollections and stories are not watered-down to make inclusion with today's politically correct fare. They are honest, uncensored, and unvarnished accounts to show that there is hope for any young man or woman that wants to achieve more for themselves out of lives that they may currently feel are out of control or unmanageable.

More on eTradeWire News
Christian Dattwyler currently lives with his beautiful wife and two boys near Oklahoma City, Oklahoma. Since being honorably discharged from the Marine Corps, Christian has been a Project Superintendent, leading the construction of many high-rise structures in Southwest Florida, New York City, and currently in Oklahoma City and Dallas. A Minister of the Gospel of Christ, Christian gives Jesus Christ the credit for everything he has been able to experience and accomplish in his life.