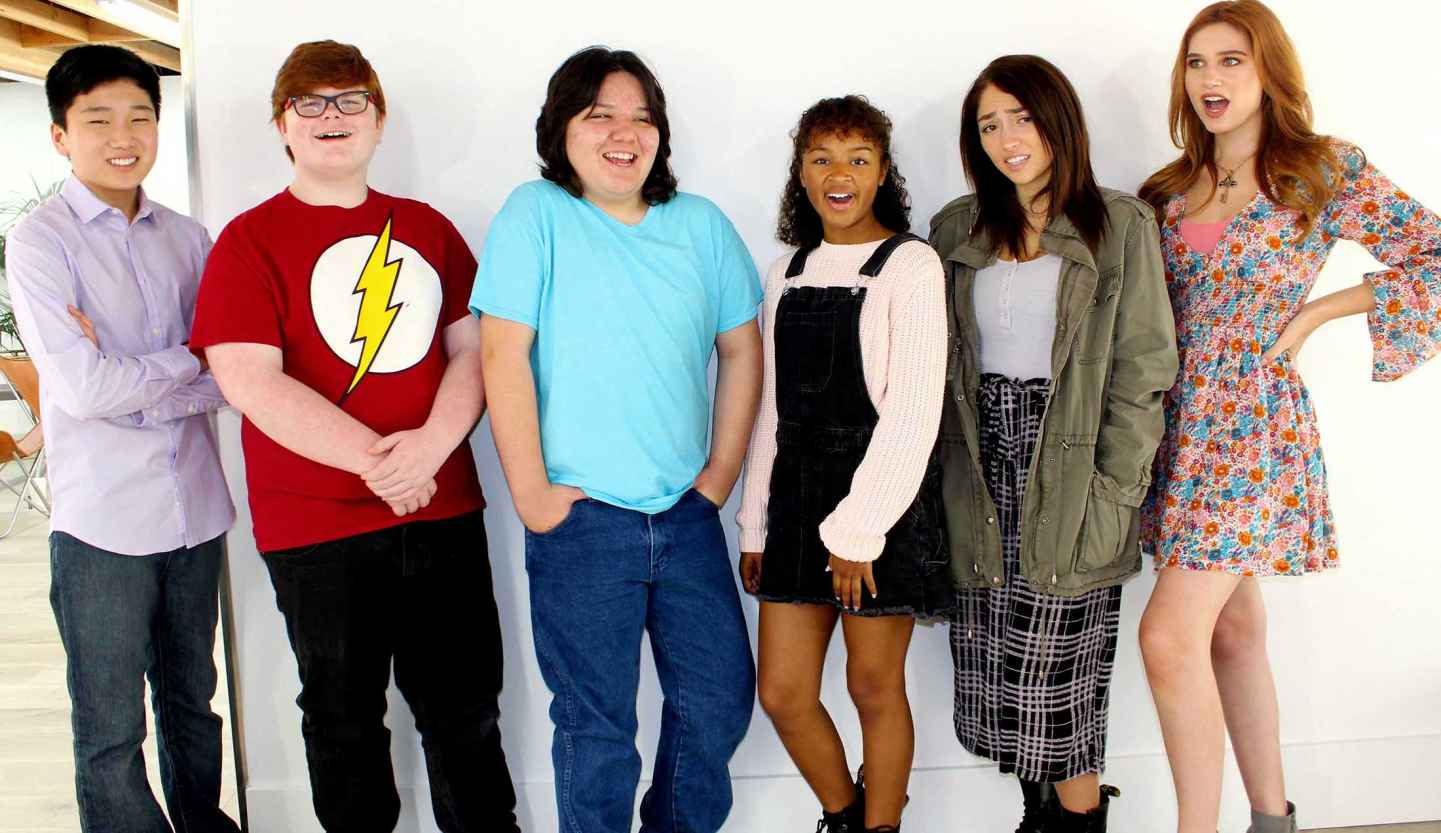 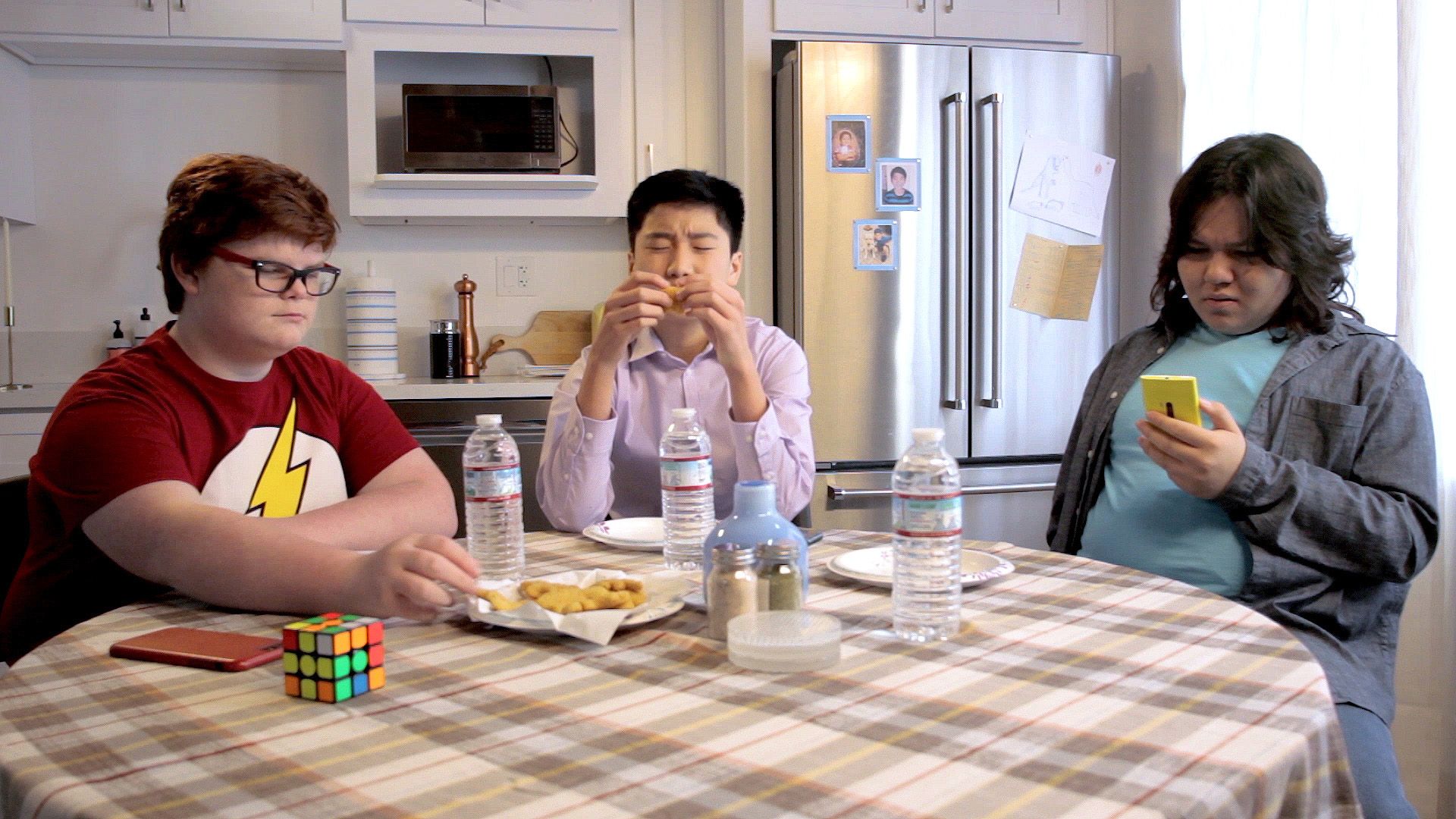 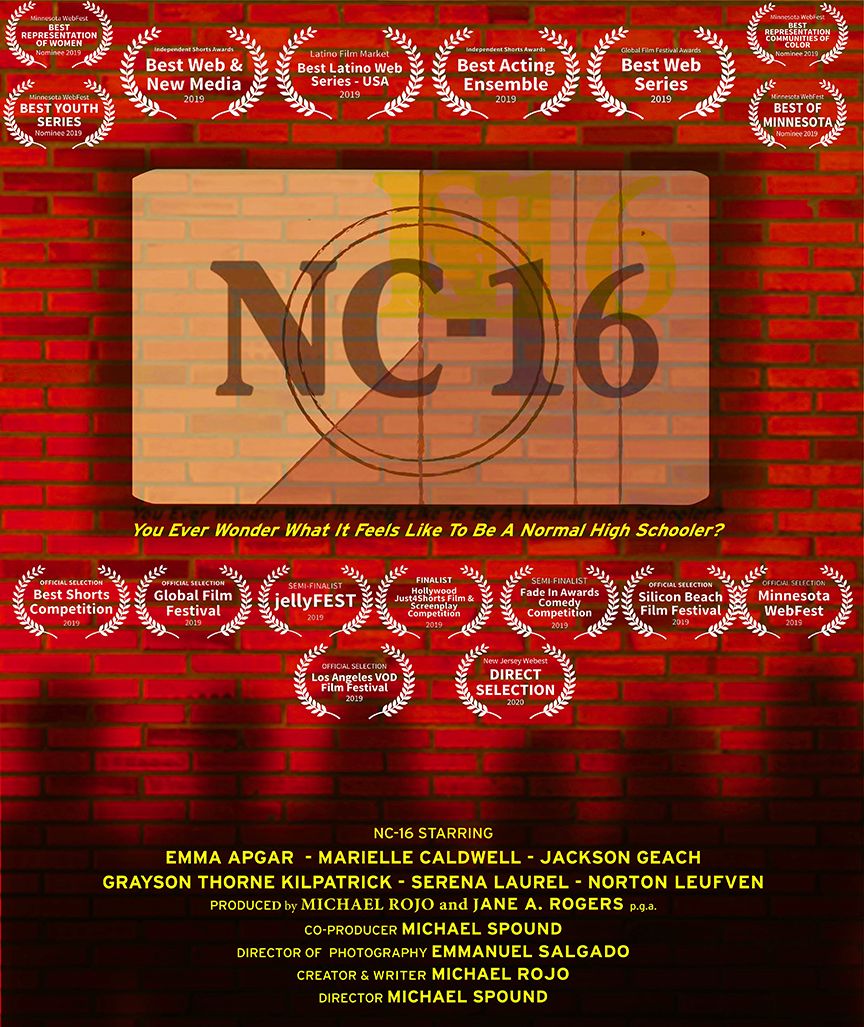 NC-16 Teenage Web Series Written by Michael Rojo, Directed by Michael Spound and Produced by Jane Rogers is Now Available Released on SeekaTV.
LOS ANGELES - eTradeWire -- Did you ever wonder what it would be like to be a typical high schooler, or does that even exist?

The NC-16 web series written by Michael Rojo, directed by Michael Spound (Must Love Dogs, The Ring, Star Trek: Voyager) and produced by Jane A. Rogers (The Bold and the Beautiful, Seventh Heaven) takes a look at this question. NC-16 is an award-winning, inappropriate teenage comedy about a group of teens trying to fit-in and survive high school. This group of teenagers realizes that high school is NOT how it appears in the media, for better and worse. Now available on SeekaTV.

More on eTradeWire News
Creator Michael Rojo reflected on the birth of NC-16 web series, "about halfway through my year at Dodge College (Chapman University), I wrote the first episode of NC-16 for a class assignment. I passed. Almost immediately after, I formed the central idea for the series, which revolves around the misconceptions of high school based on outdated media." Michael Rojo, 19, has a young writer's Gen Z voice that is smart, unique, and inappropriately funny. After graduating with honors from Hamilton High School, Michael received a scholarship to attend Chapman University's Dodge College. A screenwriting intensive course under the supervision of Barry W. Blaustein (Coming to America, The Nutty Professor) had a significant impact on him. With tremendous encouragement and praise from Mr. Blaustein, Michael decided to commit all of his efforts to writing, producing, and directing additional projects currently in pre-production.

Drawn to directing NC-16 because of Michael Rojo's darkly comic script, Michael Spound joined NC-16 series, "the dialogue is just terrific in this authentic look at the struggles of this group of young teens that feel like outsiders. Most everyone can identify with and remember these terrifying early days of high school. The joy is in watching them figure out how to traverse the teen social obstacles that are small and intimate, but to these characters are so large and formidable." Michael Spound has been working on television sets since 1980, and refreshingly explains, "it was just a joy to work with these young actors that gave so much of themselves to create this. The budget was small, and our time was short, but the huge heart of the production was these tremendous young actors: Grayson, Serena, Jackson, Emma, Marielle, and Norton. They went above and beyond to rehearse and find their voices. They loved showing up to work and playing with each other, which made it a joy. I hope they get to do a second season." Director Michael Spound is a professional actor, writer, producer, and director. A graduate of Northwestern University, he has appeared on Broadway, film, and television over a forty-year career.

Producer Jane A. Rogers brings many years of experience as a seasoned film and TV actress to her first effort at producing the NC-16 web series. Originally from Minneapolis, Minnesota, Jane is best known for her recurring role as Serena (Seventh Heaven) and as Heather Donnelly (Santa Barbara), where she won the Soap Opera Digest Award for Best Supporting Actress. She also starred as Julie Delorean (The Bold and the Beautiful). Jane expresses her gratitude to the cast, "we were thankful and fortunate to have great actors who dedicated a lot of rehearsal time to make their characters believable as we didn't have that time on set."

More on eTradeWire News
NC-16 gives us a realistic look at what today's teens might be dealing with in high school. There are five episodes in Season 1, with each episode running approximately 5 minutes long. For those under 16 years of age, parental supervision is advised due to explicit language and content. NC-16 web series season 1 is now available and released on SeekaTV. Go to https://watch.seeka.tv or download the SeekaTV app to stream via Apple TV, Amazon Prime, GooglePlay, or RokuTV.

About SeekaTV:
SeekaTV is a devoted servant providing a streaming platform to the independent filmmaker. By attracting the best content, it attract great viewers, sponsors, and advertisers. Finding an audience is one of the biggest challenges for an independent filmmaker. SeekaTV built a toolkit that empowers fans to reach out to their network and spread the word about great content. SeekaTV releases can be accessed through Roku TV, Apple TV, Google Play, and Amazon Prime. The platform streams a carefully curated selection of high quality, independent web series. SeekaTV viewers don't sit through ads or need to pay for a subscription. Instead, they watch the best online content any time they want from any internet-connected screen. SeekaTV carries nearly 2,000 episodes across more than 150 shows in a wide variety of genres, languages, and perspectives.