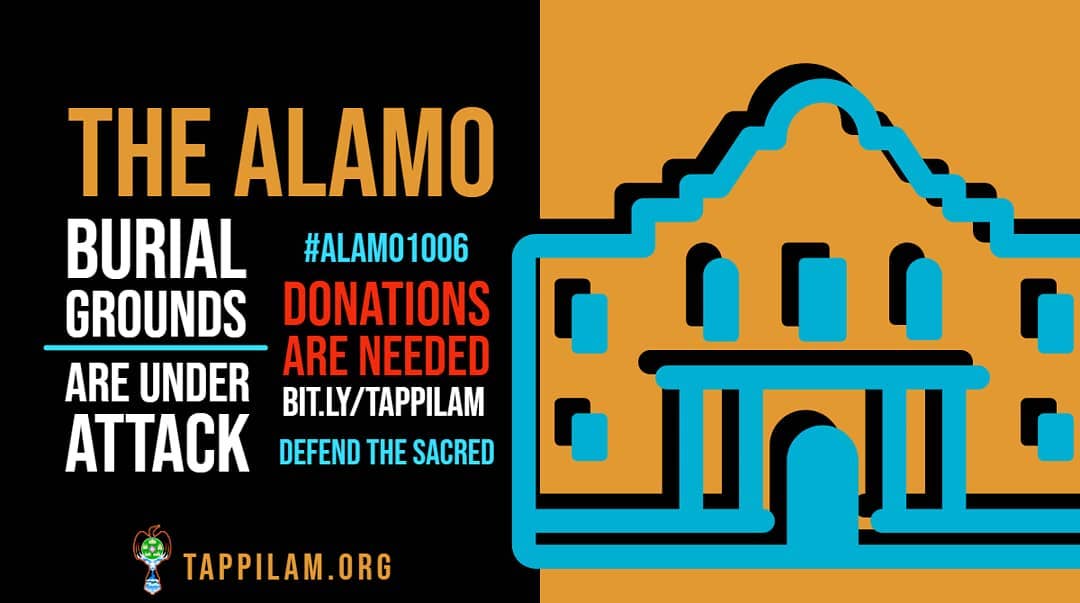 Tap Pilam Coahuiltecan Nation statement on the discovery of more bodies at the Alamo. Are San Antonio officials hiding the truth?
SAN ANTONIO - eTradeWire -- The Tap Pilam Coahuiltecan Nation, through an open records request filed on Monday, forced the Texas General Land Office and Alamo Trust Inc. to release a statement announcing the discovery of full skeletal human remains uncovered by workers during Thanksgiving week at the Alamo cemetery. The remains encountered appear to be indicative of a teenager or young adult, infant, and large adult. This information would not have been released if the open Records Request was not filed.

Despite countless requests for full disclosure by the Tap Pilam Coahuiltecan Nation, the Texas GLO and Alamo Trust Inc. have intentionally hid the discoveries of bodies at the Alamo Cemetery. We are confident that when the open record request documents are officially made available there will be multiple instances of human remains discovered at the site.

"As residents of the city of San Antonio we cannot be ok with the Texas GLO and Alamo Trust Inc actions to disturb the sacred burial grounds of our relatives and ancestors." says Ramon Vasquez, spokesperson for the Tap Pilam Coahuiltecan Nation, "This is a disgrace and we cannot continue to allow the desecration of our sacred burial ground."

More on eTradeWire News
The Historic Design Review Commission recently voiced their issues with the development plans as they tabled a vote on the design for the first phase of the Alamo redevelopment plan.  The reason: they want to know the outcome of the lawsuit before moving forward.

Tap Pilam Coahuiltecan nation is demanding that construction cease immediately until Human Remains Protocol is properly executed and the dead buried on the sacred ground are honored.

Tāp Pīlam Coahuiltecan Nation is a Tribal community of affiliated Bands and Clans of the Payaya, Pacoa, Borrado, Pakawan, Paguame, Papanac, Hierbipiame, Xarame, Pajalat, Tilijae nations, and others, modernly known as Coahuiltecans.   Our traditional homeland consists by today's political boundaries as Texas, Coahuila, Tamaulipas, Nuevo Leon, and Northern Potosi. We are people of two Countries and have been regarded by both as foreigners in our own homeland. Learn more at tappilam.org. Donate to our GoFundMe - bit.ly/2Mk9ciF & Sign our petition - bit.ly/2YiFVey