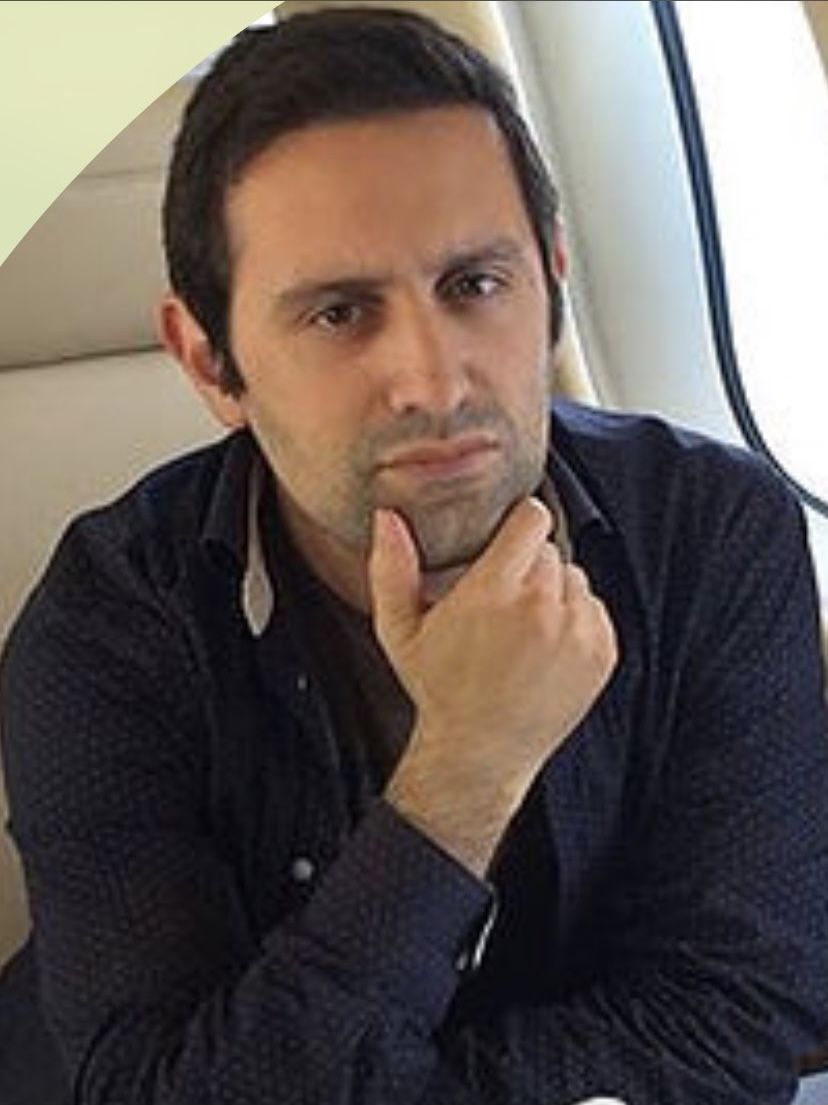 Ariel Bakshandeh is an early adopter of the Fireside App and supporter of Andrew Yang's 2020 Presidential campaign. In 2019 Ariel showed up at Yang's L.A. rally downtown at Pershing Square, California Democratic Convention (pressroom Q&A), and L.A. rally at MacArthur Park. Recently, Andrew Yang retweeted Ariel on Twitter, which inspired him to launch the #YangGangReunion podcast series via Fireside App featuring the Yang Gang members.
LOS ANGELES - eTradeWire -- Ariel Bakshandeh, a master moderator and creator, has launched a new podcast, #YangGangReunion, a 10 weeks podcast series about #YangGang, followers of Andrew Yang's 2020 Presidential campaign and focuses on Andrew Yang's idea of UBI (Universal Basic Income), his new book 'Forward: Notes on the Future of Our Democracy' and is geared to capturing back the magic of the Yang Gang.

The most recent episode features Boyce Littlefield, Co-Founder of The Trickle Up Network and host of the Mindful Skeptics Podcast, shared his thoughts on why he became a Yang Gang member.

Listen to the Episode 1: bit.ly/YangGangReunionEp1

"From the moment Andrew Yang retweeted my tweet about his new book,
'Forward: Notes on the Future of Our Democracy' was very exciting. It was a golden opportunity for me to launch the podcast after his mayoral bid and before he released his book"~ via Ariel Bakshandeh.

More on eTradeWire News
Fans of the podcast can contact Ariel via email at abakshandeh@gmail.com  to provide feedback and ideas or become a guest on the show. To listen to the upcoming podcast series or other Ariel's insightful shows, visit firesidechat.com/arielbakshandeh.

WHAT: A weekly 30 minutes 10 episodes podcast series streaming via the Fireside app.

WHERE: Fireside App, founded by Mark Cuban & Falon Fatemi, is the next evolution of storytelling. (It is where the world's greatest creators go to bring the audience into the story through interactive virtual shows.) Each episode will be marketed & promoted via social media.

WHY: To raise awareness about Andrew Yang's new book 'Forward: Notes on the Future of Our Democracy' and reconnecting with other Yang Gang members.

HOW: RSVP to be added to the abakshandeh@gmail.com guest list.

About Ariel Bakshandeh:
Ariel Bakshandeh is a Toastmasters High Achiever Award winner, a graduate of Santa Monica College with a broadcasting background, and a graduate of California State University Northridge with a degree in Communications. He runs a YouTube page and a blog called Revolutionary Thinking, where he asks, "What steps are we taking and what sacrifices are we making to live happier, more productive lives and how are we creating a better world for ourselves and others." He's recently migrated most of his work over to Twitter Spaces, where he moderates debates and conversations that have to do with his ideas on Revolutionary Thinking. Fireside Chat, where he hosts a show called "Ariel's Insights, that discusses philosophy that presents the possibility of informing our humanity." All and all, Ariel believes that we should listen to the voices of those who usually get ignored and overlooked because he has been there and enjoys bringing people from different backgrounds and life experiences to see eye to eye. For more info: twitter.com/arielsaerials;  youtube.com/revolutionarythinking; instagram.com/arielsaerials

More on eTradeWire News
About Fireside:

Fireside is the next evolution of Storytelling. It is where the world's greatest creators go to bring the audience into the story through live, interactive, virtual shows. Co-founded by Mark Cuban and Falon Fatemi, Fireside gives creators the unprecedented power to distribute shows everywhere with the click of a button, understand what their audiences want more of with sophisticated analytics, and connect with those audiences in real-time. The next media empires are emerging on Fireside...all through the power of Story.