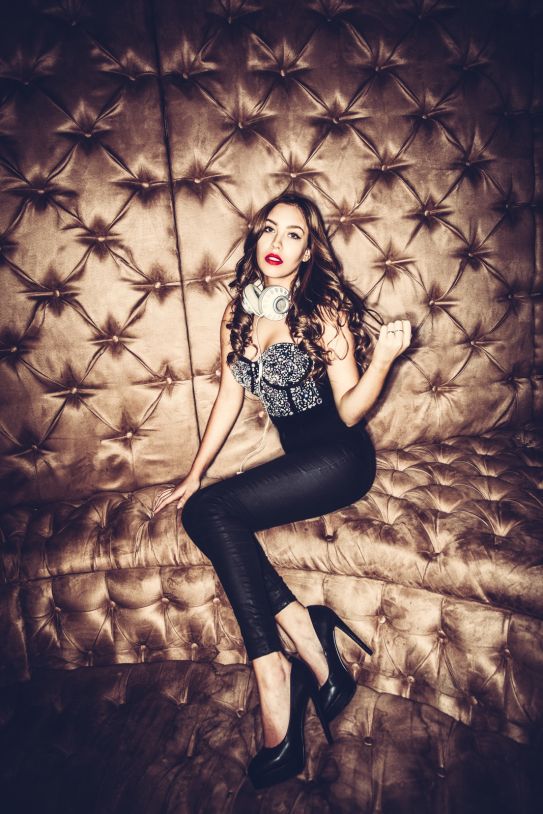 HOLLYWOOD, Calif. - eTradeWire -- DJ Palina La Diva is known as one of the most successful DJs worldwide. She started DJing in Germany where she was the lead resident DJ of Berlin's most famous club The Pearl Berlin.
You can regularly see her on German television for a show called Goodbye Deutschland where Palina is sharing her exciting life as a one of the most in demand DJs worldwide with thousands of viewers.

Palina was not only the lead DJ for the 2019 Academy Awards (the Oscars) but she also
has been playing for companies like W Hotel in New York City Times Square where she played the most important night of the year New Years Eve in Times Square!

During this quarantine, Palina is having her live DJ sets on her Instagram channel as well as for some of big brands like multi-million dollar brand Boxycharm and DJ City which has already had millions of viewers.

Palina announced that she will release a new mixtape on June 30, 2020 exclusively for DJ City. A record pool for DJs that has monthly more than 200,000 daily visits and feature only the best DJs mixtapes in the music industry.

More on eTradeWire News
After quarantine we will see DJ Palina back on the turntables playing for the biggest hotspots
around the country. Palina has a monthly DJ residency at in restaurant and night club CATCH in New York City where you can see regularly guests like Oscar winner Leonardo DiCaprio spending his free time dancing to Palina La Diva's music.

Being signed to Mono Music Group, to the same management agency that grammy winner
Timbaland is signed, makes her one of the top in the music industry. Thomas Leijgraaff, Palina's manager, saw the opportunity to get Palina signed to Mono Music group as the only DJ that they are representing in their roaster.

She is not only a DJ but her highly experienced ear was requested to be the judge at the biggest showcase in the United States "The Showcase Tour". She used her expertise to pick the winner of the contest that won $50,000 and a tour through the United States.

We can't wait to see where Palina La Diva will be next and especially which celebrity will be
dancing to her amazing musical sets.