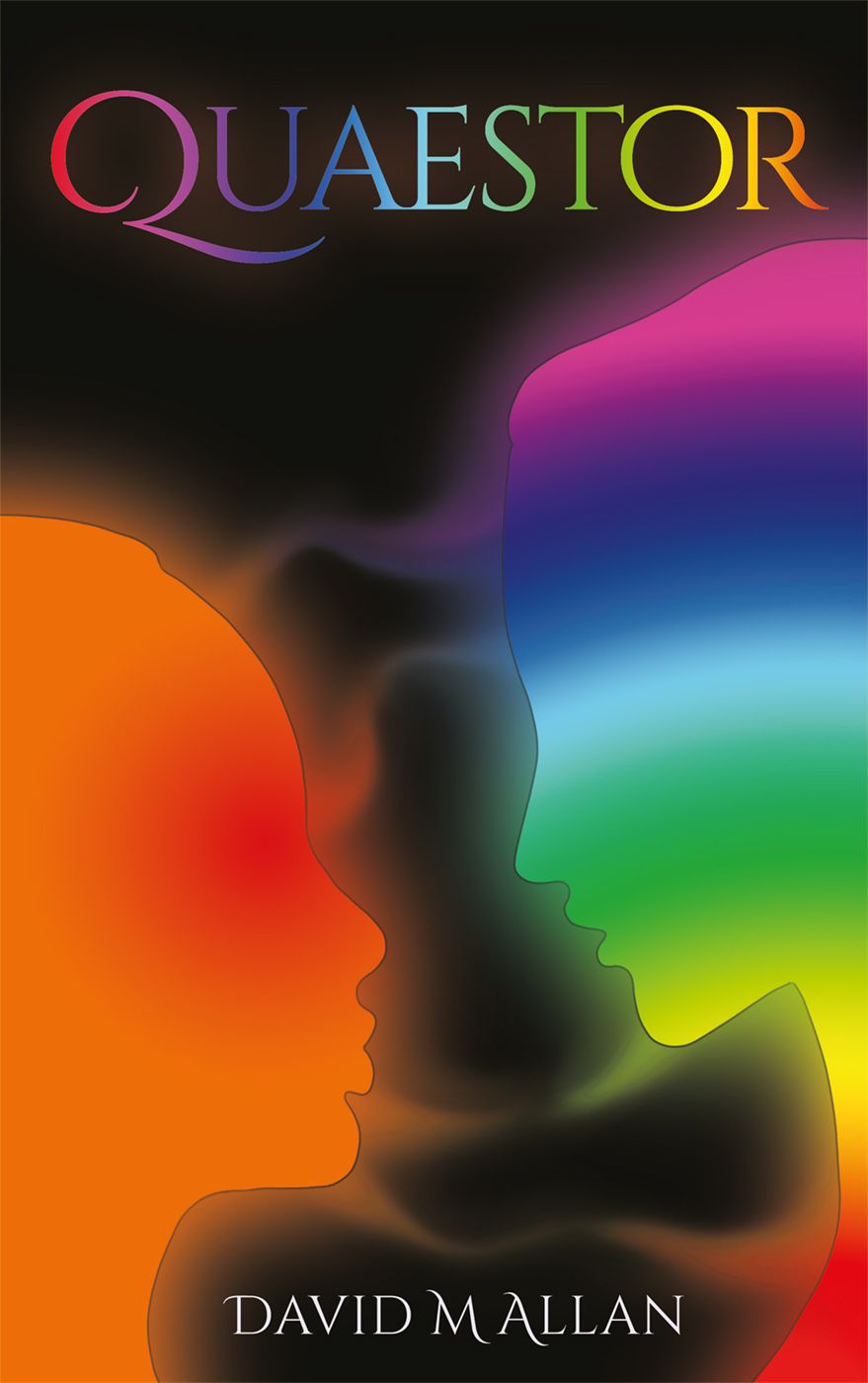 Anarya is an investigator. Yisyena is her business partner and lover. A new contract embroils them in state secrets and the personal vendettas of a murdered champion, a cabal, a puppet king, and a false god looking for one who has defied him.
DARTFORD, England - eTradeWire -- Elsewhen Press, an independent UK publisher specialising in Speculative Fiction, is delighted to announce the publication of Quaestor the latest epic fantasy from author David M Allan. His new novel explores cultural differences and the effects they can have on individuals, while at the same time intertwining the protagonists' stories in an adventure that ultimately encompasses love, justice, revenge, freedom and magic.

Magical skills have been a time-honoured component of many fantasy stories, from traditional fairy-tales to modern classics, with the ability to use them often being the result of training, heredity, or theft. In Quaestor, David M Allan envisions a world where two separate nations both have a small proportion of their population who are endowed with magical abilities, but with very different views on the source and purpose of those talents. In Carrhen, magical ability is seen as a gift from the gods, to be used for the benefit of all; while in Sitrelk it is considered to be an inherited talent to be surrendered to their living god in a self-sacrifice.

It is not just magic that is viewed differently in the two countries. Sitrelker women may not own property or a business, and indeed can't run anything apart from their own household; while in Carrhen as many women as men run their own business and are responsible for their own livelihood and wellbeing. In Sitrelk, same sex relationships must be conducted in secret to avoid bringing shame on a family; but in Carrhen any consensual relationship is accepted without question or even a second glance.

However, even in Carrhen, authority and its concomitant power has a tendency to corrupt, with unscrupulous rulers finding ways to force those with magical talents to do their bidding and advance their ambition.

More on eTradeWire News
Peter Buck, Editorial Director at Elsewhen Press says, "In Quaestor, David M Allan achieves the goal of the very best speculative fiction, namely telling a compelling story that keeps you turning the page to find out what happens next while at the same time shining a light on issues of our own world and times. We may not have magical talents, but we do have unscrupulous leaders who use others' skills to further their own aims at the expense of the general population and even the state itself, who defy justice, who promote inequity, bigotry and hatred, and even see themselves as unimpeachable gods."

David M Allan got hooked on reading at a young age by borrowing to the max – 3 books, twice a week – from the public library. He was caught up and transported to fabulous other worlds by the likes of Wells, Verne and Burroughs (and later by Asimov, Bradbury, Clarke, Heinlein, Le Guin, Wyndham…). Alas, the journeys were temporary and he had to return to Earth.
His love affair with science fiction and fantasy had him thinking vaguely about writing but he didn't follow through until after retirement and his relocation, with wife and cat, to a houseboat on the Thames. It was reading one book which he didn't think was very good that led him to say "I could do better than that" and then setting out to prove it. David has since had a number of short stories published in online magazines, and his debut novel The Empty Throne published by Elsewhen Press. Quaestor is his second novel.

About the book
Title: Quaestor
When you're searching, you don't always find what you expect
In Carrhen some people have a magic power – they may be telekinetic, clairvoyant, stealthy, or able to manipulate the elements. Anarya is a Sponger, she can absorb and use anyone else's magic without them even being aware, but she has to keep it a secret as it provokes jealousy and hostility especially among those with no magic powers at all.

More on eTradeWire News
When Anarya sees Yisyena, a Sitrelker refugee, being assaulted by three drunken men, she helps her to escape. Anarya is trying to establish herself as an investigator, a quaestor, in the city of Carregis. Yisyena is a clairvoyant, a skill that would be a useful asset for a quaestor, so Anarya offers her a place to stay and suggests they become business partners. Before long they are also lovers.
But business is still hard to find, so when an opportunity arises to work for Count Graumedel who rules over the city, they can't afford to turn it down, even though the outcome may not be to their liking. Soon they are embroiled in state secrets and the personal vendettas of a murdered champion, a cabal, a puppet king, and a false god looking for one who has defied him.

About the cover
The cover artwork for Quaestor was produced by Alison Buck, illustrating their auras as Anarya borrows Yisyena's clairvoyant skill.