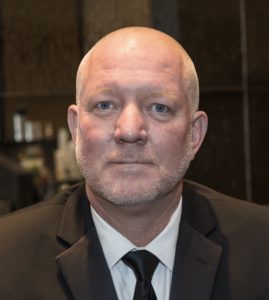 In the Gone Fission Nuclear Report podcast, Sean McGarvey, president of North America's Building Trades Union (NABTU), sends a message to the 3 million members of the 15 unions NABTU represents.
WASHINGTON - eTradeWire -- As Labor Day approaches, one of America's most recognized and influential union leaders paused to take stock of the contributions of the labor movement and thank the millions of craft workers whose skill and dedication saw the country through a once-in-a-lifetime global pandemic.

Appearing on the Gone Fission Nuclear Report podcast, Sean McGarvey, president of North America's Building Trades Unions (NABTU), was asked by host Michael Butler what his message would be to his three million union members on this Labor Day.

"That message would definitely be Thank You," McGarvey answered, readily. "When the world shut down on March 13, 2020, everybody went to their homes. We quickly worked with states around the country to get approval for "work deemed essential", and our members went back to work.

More on eTradeWire News
"We did the refueling of nuclear facilities, getting 2,000 workers into plants to refuel them and get them back on line, providing power where we needed it," he said. "Our members kept our roads and bridges functioning for first responders and those who moved supplies and materials to where the country needed it."

"It was the finest hour for NABTU and the members we are privileged to represent," McGarvey added. "Those men and women did their job every day, not sure if the protocols were proper, not sure if they were going to become infected and bring that infection home.

"They slept in their garages, they slept in their cars, and they did it day in and day out," he said. "For that, I am immensely proud and grateful that these patriots did what was required when their country needed them. They'll never get enough thanks, but I want them to know that I thank them, not only for NABTU but for my family and my country."

More on eTradeWire News
McGarvey has served as NABTU president for the past 10 years. NABTU represents more than 3 million skilled craft professionals in the United States and Canada.

NABTU has 1,600 training centers and 250,000 workers in their worker training program with a $2 billion budget dedicated to serving the training needs of 15 crafts in the United States, ranging from electricians and pipefitters to bricklayers, operating engineers, laborers and more.

Produced and hosted by Michael Butler, The Gone Fission Nuclear Report covers the latest developments in environmental cleanup across the Department of Energy (DOE) complex.