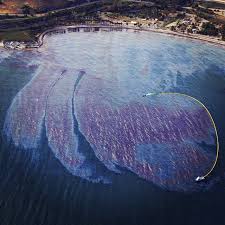 More on eTradeWire News
The settlement includes $184 million to a class of fishers and processors who operated in the areas impacted by the oil spill, as well as $46 million to compensate owners and lessees of property affected by the spill. These amounts, net of attorneys' fees, costs, and administration expenses, will be distributed to class members who timely submit claims, based on a court-approved distribution plan.

Individuals who believe they may be eligible may contact the court-appointed administrator, JND Legal, to obtain further information about the settlement, determine whether they are members of the class and, if so, submit their claim forms. The deadline to file a claim is October 31, 2022.  Information about the settlement, including copies of the claim form and instructions on how to submit a claim, are available via the dedicated settlement website (https://www.PlainsOilSpillSettlement.com), or by contacting JND via email (info@PlainsOilSpilSettlement.com), telephone (1-844-202-9486) or mail (Plains Oil Spill Settlement c/o JND Legal Administration, P.O. Box 91450, Seattle, WA 98111).

More on eTradeWire News
Before the spill, 130 miles of Plains-operated pipeline was used to transport crude oil from the Santa Barbara coast to inland refineries in California. Due to failed maintenance and extensive pipeline corrosion, the pipeline ruptured and spilled, devastating the fishing industry and soiling coastal properties from Santa Barbara County to Los Angeles County. Plains was found criminally liable in 2018 for the oil spill, and this civil settlement was reached as the parties prepared for a civil jury trial slated for June 2022.

Copies of the final settlement documents, and other information, is available on the settlement website.