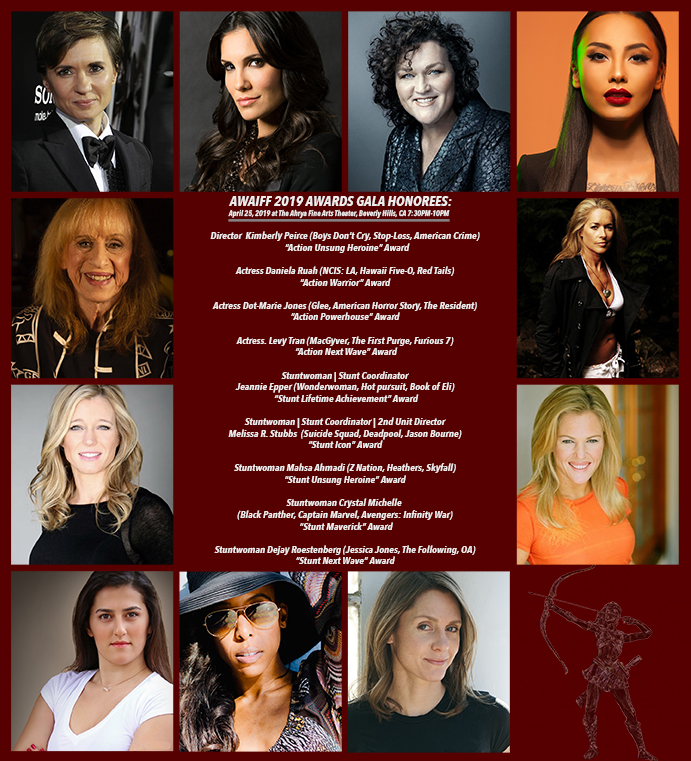 AWIAFF Fifth Edition is joined by producers, directors, writers, actors, stunt performers, women composers and musical artists to include film screenings, panel discussions, industry mixers and more; for the second year, the annual festival will be presented by Paul Feig (THE HEAT, SPY, GHOSTBUSTERS) at The Ahrya Fine Arts Theater in Beverly Hills and Monica Film Center in Santa Monica.
BEVERLY HILLS, Calif. & SANTA MONICA, Calif. - April 19, 2019 - eTradeWire -- The Artemis Women in Action Film Festival (AWIAFF) is the first film festival dedicated to female action and empowerment heroes. Our fifth edition will occur April 25th through the 28th, 2019, in Beverly Hills and Santa Monica, CA. Our mission is to both entertain and to influence the awareness of the dynamic and powerful roles women play in society and culture throughout the world. Our fifth edition features a stunning lineup of 80 films in every genre over 3 days all featuring women at the central focus of each film. Opening films showcase an A-List lineup of key documentary films tackling equality in the film industry and a feature action thriller.

"The excitement of the kickoff awards gala in 2018 set the stage for the days to follow during last year's festival, from honoring actress Michelle Rodriguez to stuntwoman Debbie Evans! Film screenings included incredible feature films, documentaries, and engaging, memorable shorts. The panel discussions offered something wonderful, addressing timely issues and like a well-organized town meeting, it all ran like clockwork. It's hard to believe it's that time again. Be a part of this growing movement for an action-packed, exhilarating four days!" –AWIAFF Team

More on eTradeWire News
SATURDAY, APRIL 27
Saturday events include 14 film screenings, three panels and our 2019 Filmmaker Celebration. Panels and receptions are as follows:
Detailed scheduling for Saturday can be found here: http://www.artemisfilmfestival.com/2019-festival/saturday/

ABOUT AWIAFF
The Artemis Women In Action Film Festival was founded by Melanie Wise and Zac Baldwin, two filmmakers with a long-time love of female-driven action films. Wise and Baldwin have produced shorts and features, focusing on female action projects. They saw that the genre was loved by audiences around the world, despite the fact that studios for many years claimed female action films were box office poison. In 2014, the idea of Artemis was born with the intent to create a space where these types of films could play for audiences with an unsatisfied hunger of female-driven action films. And for the Fifth Edition, Artemis is proud to include female-powered music. http://www.artemisfilmfestival.com