Indigenous Victims Of Canadian Human Rights Abuses Have A Voice 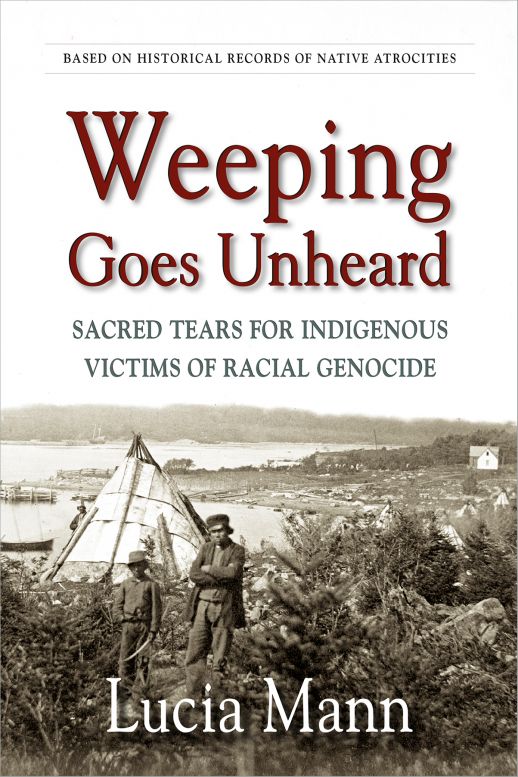 "Weeping Goes Unheard" contains true heart-wrenching narratives based on historical records
AGOURA HILLS, Calif. - eTradeWire -- In her eighth book dealing with human rights and social injustice, journalist, humanitarian, and social activist Lucia Mann tackles Canada's shady history regarding the offensive treatment of its indigenous population. One of the primary causes of this discrimination is due to European settlers who created the abhorrent "Indian Act." This law paved the way for the subsequent immoral treatment of Canada's indigenous people—a treatment that has existed in the shadows for far too long. It all started with the following statement from Duncan Campbell Scott, Deputy Superintendent of Indian Affairs for Canada (1913-1932):

In Weeping Goes Unheard, Ms. Mann paints a compelling picture of the wrongdoing that has separated  native families and torn children away from their parents. Her work represents an overdue look at the tragic injustice that exists today—even as her book goes to print.

More on eTradeWire News
The timely story of Canada's own holocaust continues to resonate in the form of current news stories and media attention from recent court cases, shedding light on the corrupt events of the past. These harrowing personal stories represent a landmark narrative that is sure to pave the way to greater peace and justice for the people who represent the First Nations of Canada.

About the Author: Lucia Mann, humanitarian, and activist, was born in British colonial South Africa in the wake of World War II. She now resides in British Columbia, Canada. After retiring from freelance journalism in 1998, she wrote a four-book African series to give voice to those who have suffered and are suffering brutalities and captivity. Weeping Goes Unheard is her eighth book that exposes accounts of both personal and social injustice.

Find out more at www.LuciaMann.com