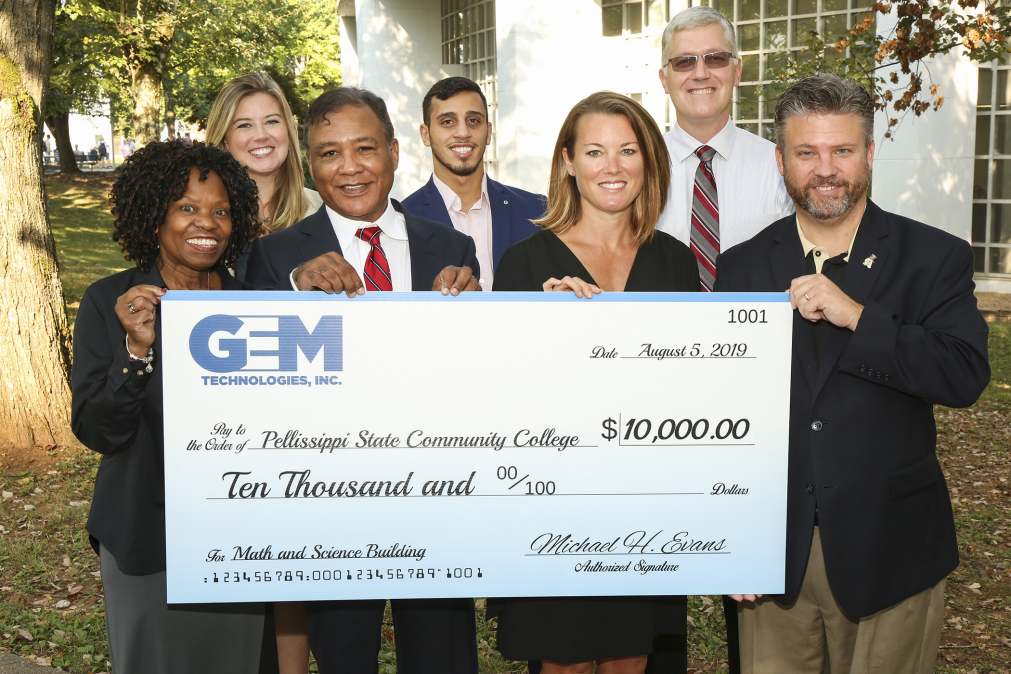 The small business contractor believes investing in local education and workforce development is key to supporting the economic growth of the Oak Ridge region.
KNOXVILLE, Tenn. - eTradeWire -- GEM Technologies is pleased to announce a $10,000 donation to the Pellissippi State Community College Foundation to support the construction of the new Bill Haslam Center for Math and Science.

Pellissippi State is Tennessee's largest community college, and the 82,000-foot Bill Haslam Center for Math and Science will play an integral part in meeting the increasing demand for lab spaces and classrooms on Pellissippi State's Hardin Valley Campus, which has the largest enrollment of the college's five campuses.

"As a long-time neighbor to Pellissippi State's Hardin Valley Campus, GEM is thrilled to partner with the college as they continue their excellent work educating the students of the community," said GEM President and CEO Michael Evans after presenting GEM's contribution to Pellissippi State President L. Anthony Wise Jr. on Sept. 13.

More on eTradeWire News
GEM, a small business leader in East Tennessee, currently employs a local workforce of approximately 200 engineers, scientists, professionals and skilled staff. The company recognizes the importance of the further development of the math and science programs at Pellissippi State and looks forward to strengthening the bridge from college graduation to career placement for graduates.

The construction of the Bill Haslam Center for Math and Science is essential to Pellissippi State as demands for classrooms and lab spaces have increased due to the introduction of Tennessee Promise and Tennessee Reconnect, last-dollar scholarships that provide two years of tuition-free attendance at a community or technical college in Tennessee. Haslam, the governor of Tennessee from 2011 to 2019, was instrumental in the creation and advancement of these programs.

Pellissippi State's Hardin Valley Campus has not received any major renovations or new buildings for more than a decade. The addition of the Bill Haslam Center for Math and Science will add a significant amount of instructional space, including nine science labs and six computer labs, 18 classrooms, and a teacher education center.

More on eTradeWire News
Celebrating its 25th anniversary this September, GEM is focused on the future and working towards strengthening partnerships and support to the community, and firmly believes that investing in education and workforce development is key to supporting the continuous growth in the East Tennessee region.Visit http://www.gemtechnologiesinc.com for more information.