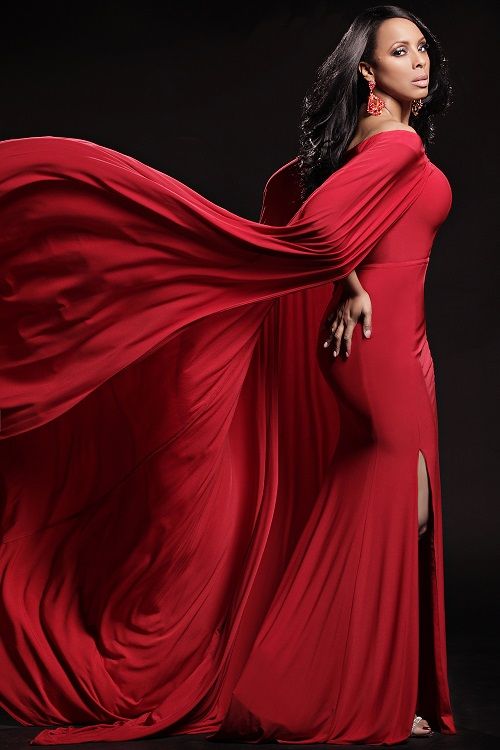 Raquel Riley Thomas, a former Army Officer turned beauty and fashion expert, has started her own cosmetic line!
WASHINGTON - eTradeWire -- Raquel launches her new signature Raquel Riley Thomas Beauty Line using her well-known 3GL Concept. The first of the line to launch is her Virtuoso Lash Collection. The line collection is named in honor of her grandmother who was a violin virtuoso.

"I have been working in the beauty and fashion business for many years and the one thing I have learned is that today's women want simple, easy steps to their makeup routine. I came up with a new concept called 3GL: Glamour Lashes, Glamour Lids and Glamour Lips. They are cosmetic tools formulated to help women reach their ultimate glamour look quicker!" Raquel states.

The first in the Virtuoso collection to launch are eye lash extensions. This 3D exclusive design was formulated to make lashes extremely lightweight and comfortable to wear. She will launch eyeshadows and lipsticks in the fall.

More on eTradeWire News
Raquel Riley Thomas has worked in the beauty and fashion industry for 20 years. She is the owner of An Officer and Gentlewoman, LLC, a media and entertainment company, headquartered in Washington, DC. She is also a re-occurring expert on television morning shows.

Raquel is a decorated military veteran, having served nine years in the U.S. Army (5-years Enlisted photojournalist; 4-years Ordnance Officer). When making the cosmetic brand, she used military concepts to achieve her goal of simple yet efficient products.

Raquel is an alumnae of Hampton University. She graduated as a Distinguished Military Graduate from the Reserve Officer Training Corps at Hampton. She simultaneously graduated with a Bachelor of Arts degree in Psychology. She also has a Mastery of Negotiation certification from Harvard University.

Raquel's accomplishments have been noted in both her military and civilian career. In the Army, she was awarded the Army Commendation Medal (2x) and the Army Achievement Medal (3x). Raquel was selected as the "Veteran of the Year" 2011, by Women Veteran's Rock. She was recently inducted into the Library of Congress under the "Veterans History Project." Raquel was also titled a "Leader of the Future," by Ebony Magazine and Washington Business Journal "People on the Move."

More on eTradeWire News
A portion of her company's proceeds have benefited non-profits such as: Luke's Wings, Vet Sports, Operation Renewed Hope, Victoria's Voice, Standup for Kids, and No Kids Hungry, to name a few. In Nove 2019, she started she started Queen V Day. She along with several other business owners collectively donated services over $7,000 in services to a deserving Veteran.

Raquel is married to West Point graduate Ron Thomas, Esq. with four children, a cat and six robots in their blended family.

Source: An Officer and Gentlewoman, LLC