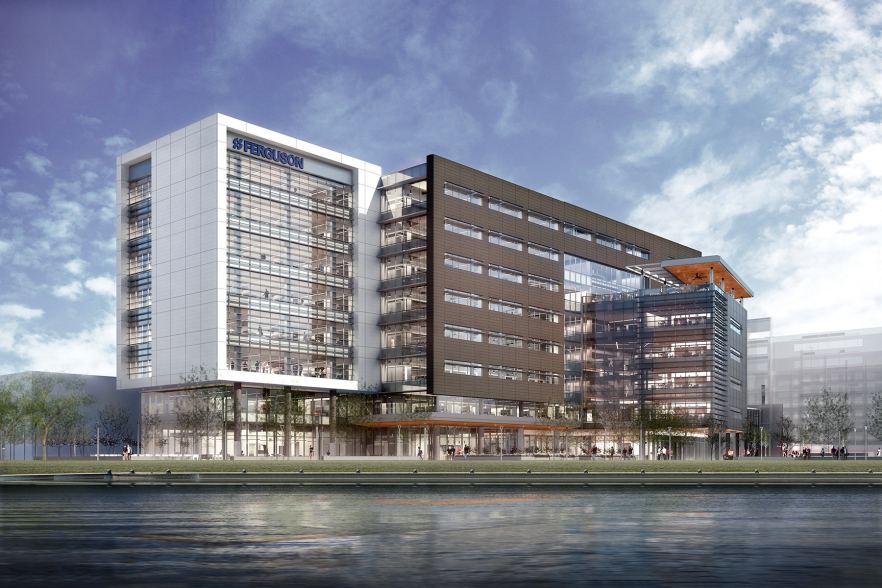 VIRGINIA BEACH, Va. - eTradeWire -- Engineering News-Record (ENR) MidAtlantic has named Clark Nexsen its 2020 Design Firm of the Year. Their success on projects ranging from higher education to transportation along with an increase of more than 20% in MidAtlantic regional revenue contributed to being recognized.

In addition to growth and revenue, ENR MidAtlantic's selection was influenced by the firm's culture of collaboration and creativity. "Clark Nexsen has always been an innovative and entrepreneurial firm," says Terri Hall, who has served as the firm's president since 2016.

A project for Ferguson, the largest U.S. distributor of plumbing supplies, is noted as an example of their multidisciplinary approach. The firm is providing all the architectural and engineering design services for the new headquarters.

Clark Nexsen recently created a building science group that focuses on occupant health and well-being as well as reduced energy consumption and operating costs. The group used energy modeling to inform product and system choices for the $82-million, 260,000-square-foot Ferguson Headquarters 3 project in Newport News, VA. The Ferguson project is predicted to have a 70% reduction in energy use, compared with baseline, following completion this fall.

More on eTradeWire News
ENR MidAtlantic says the firm's ability to expand markets is an asset, referring to the growth of Clark Nexsen Construction Services group that was launched in 2015, and how a diversified approach has helped the firm succeed during economic downturns. Transportation and industrial mechanical engineering have also seen market growth in recent years.

The firm has a strong commitment to giving back to its communities through charity efforts, citing the Clark Nexsen Foundation's contribution of more than $200,000 to several organizations in 2019, including the American Heart Association, Junior Achievement, Virginia Beach GrowSmart and the Virginia Arts Festival. Since 2004, the firm reported raising more than $120,000 to support the Multiple Sclerosis Society, primarily through teams participating in Bike MS rides.