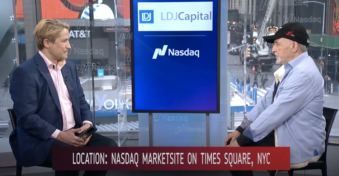 The partnership will bring a new array of 30-minute shows featuring eSports, gaming, technology, food, travel, health, business, and other topics in the light of the new normal.
NEW YORK - eTradeWire -- DSCVR, a television show produced under The Soho Loft Media Group, enters into a new partnership deal with Momentum Studios, Inc., a media company based in Beverly Hills, California.

David Drake, Chairman of The Soho Loft Media Group and host of DSCVR, addressed the partnership as beneficial and timely for both parties. "Through this new partnership agreement between DSCVR and Momentum Studios, we want to create an enhanced viewing experience for the global audience who is slowly adjusting to the new normal from the coronavirus situation with increased indoor activities, most notably eSports gaming and live-streaming, and consumption of more content such as videos and entertainment. The DSCVR show features interesting concepts and personalities through our episodes," Drake said.

Kenji Claudio, Momentum Studios, Inc. Vice President for Content and Strategic Marketing, said, "The entertainment industry is constantly adapting with the current trends. Shows like DSCVR not only feature informative themes but also offer a deeper insight into topics that shows the potential of information-driven television shows in today's market."

DSCVR TV show caters to a global audience, with one of its segments that venture into the world of eSports called "DSCVR eSports" soon to air its maiden episode on Bloomberg. This first episode features David's father Abbe "DieHardBirdie" as its guest. "DieHardBirdie" is one of the current senior division eSports world champion on Counter-Strike: Global Offensive (CS: GO) and the oldest at age 78 years old.

The DSCVR brand also includes the 'Digital Innovators' series and back-to-back episodes of 'DISCOVER Georgia', some of which were aired on FoxBusiness, with several more episodes in the can and under different production stages.

More on eTradeWire News
DSCVR showcases unique individuals, organizations, corporations, and institutions that embody ideas and innovations that change the game and create new paths. The series does a deep dive into the lives of leaders and pioneers who bring success stories to life. Episodes include DSCVR Digital Innovators, DSCVR Fintech, DSCVR Georgia, DSCVR Arts, DSCVR eSports, to name a few.

Momentum Studios, based in Beverly Hills, is an experienced production and syndication group which has packaged up and produced TV series for airing on Hulu, Amazon Prime, CBS, ABC, Direct TV, Dish Networks, ATT, Verizon Fios,  Sky TV (UK), Fox Business, Fox Sports, and broadcasters in over 60 countries around the world, in partnerships including with the heir of "James Bond" and producer of the blockbuster "Twilight" movie.