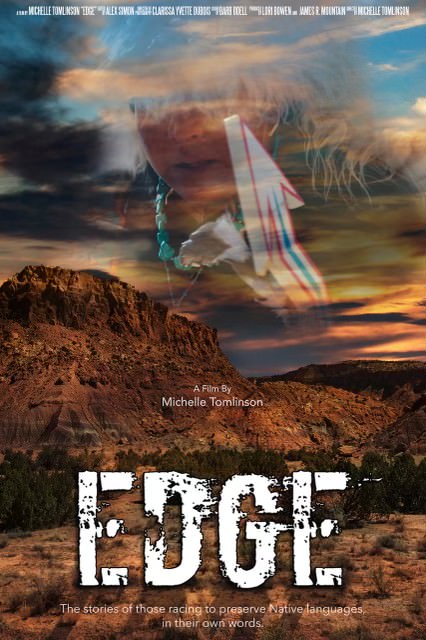 The New Mexico Film Foundation Supports The Project, Which Focuses on the Attempt to Save the Tewa Language and Culture of The People Living in the San Ildefonso Pueblo
of New Mexico
ALBUQUERQUE, N.M. - eTradeWire -- Producers of the documentary film edge have just reported receiving funding from the New Mexico Film Foundation
The New Mexico Film Foundation serves as a fiscal sponsor of New Mexico independent film productions, as well as New Mexico organizations whose missions promote New Mexico film production. Their mission is to help grow the independent film industry in New Mexico while offering financial assistance and educational opportunities to New Mexico independent filmmakers. To that end, the foundation offers several programs, continuing education, showcases, events and other resources for New Mexico filmmakers.
"Edge is the brain child of award winning  director Michelle Tomlinson("Deeply Superficial, "Redemption," "Portales"), producer Lori Bowen("The End of April," "An Hourglass Full of Quicksand.") with some help from James Mountain, a former Governor of the  San Ildefonso Tribe, who also produces.

More on eTradeWire News
Filmmakers received an undisclosed amount so that they may continue their pursuit of what they consider a dire circumstance:. According to Tomlinson, " There are currently 12 elders still living in the San Ildefonso Pueblo of New Mexico who were taught the Tewa language as their first language and thus know the purest version of it. If their knowledge and wisdom isn't preserved, the Pueblo will suffer an unimaginable loss as they pass away. Stories, histories, wisdom...all of it will be scattered to the winds, never to be retrieved. This has a ripple effect that can be felt in large and small ways around the world. Native communities suffer from extraordinarily high rates of addiction and suicide as they grapple to belong in a world that doesn't see them as human. Even within some Native communities themselves there are factions who advocate letting their ways die, even at the expense of their spirits. "Edge," seeks to illuminate this issue to the world.

More on eTradeWire News
Tomlinson says, "We are thrilled to be involved with The New Mexico Film Foundation, and their sterling reputation. Their involvement with great filmmakers like George RR Martin, speaks to the credibility of this fine organization. We hope this is the beginning of wave of investments so that we may bring this project to fruition. It's not too late to reverse the destruction, but we're on the edge and time is running out."

For more information about "Edge": https://www.edgedocumentary.com/

For more on the  The New Mexico Film Foundation :https://www.nmfilmfoundation.org/