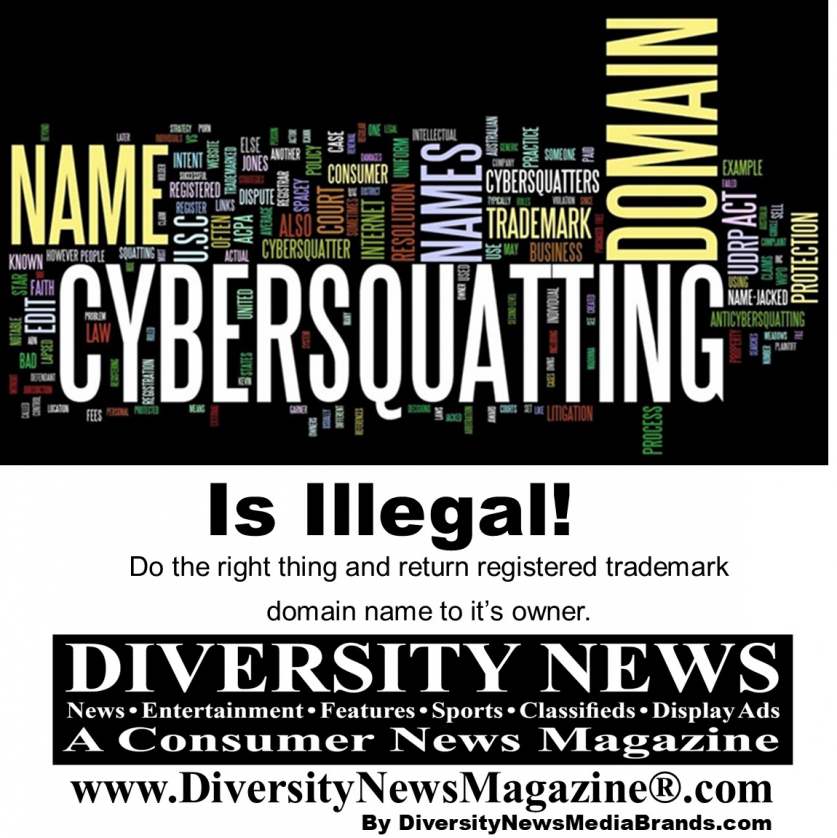 During July - September 2019, Mr. Escobar was not able to pay the renewal fees to GoDaddy immediately due to financial hardship and litigation going at the moment. When Mr. Escobar was ready to renew  it's domain on September 2019 GoDaddy has already sold the domain to a guy overseas from Punjab, Pakistan who is a domain squatter

More on eTradeWire News
The Pakistani guy contacted Mr. Escobar via Facebook and Twitter. One time the Pakistan man asked Mr. Escobar to buy back Diversity News Magazine Dot Com from him for a higher price.

So now that the United States Patent and Trademark Office (USPTO) has published that Mr. Esteban Escobar has filed for the trademark DIVERSITY NEWS MAGAZINE - DIVERSITYNEWSMAGAZINE.COM. Mr. Escobar issue a Trademark Infringement – Cease and Desist and Domain Trademark Infringement – Cease and Desist to the known Registrar and Hosting companies as well the contact in the domain Whois database which is mostly hidden as private.

More on eTradeWire News
Once again, the only thing Mr. Escobar wants is his domain name to be transfer to his hosting company name Free Hosting at (502) 791-5340 You can also contact Mr. Escobar at his cellular 213-321-9408 or email to: diversitynewsmagazine@gmail.com