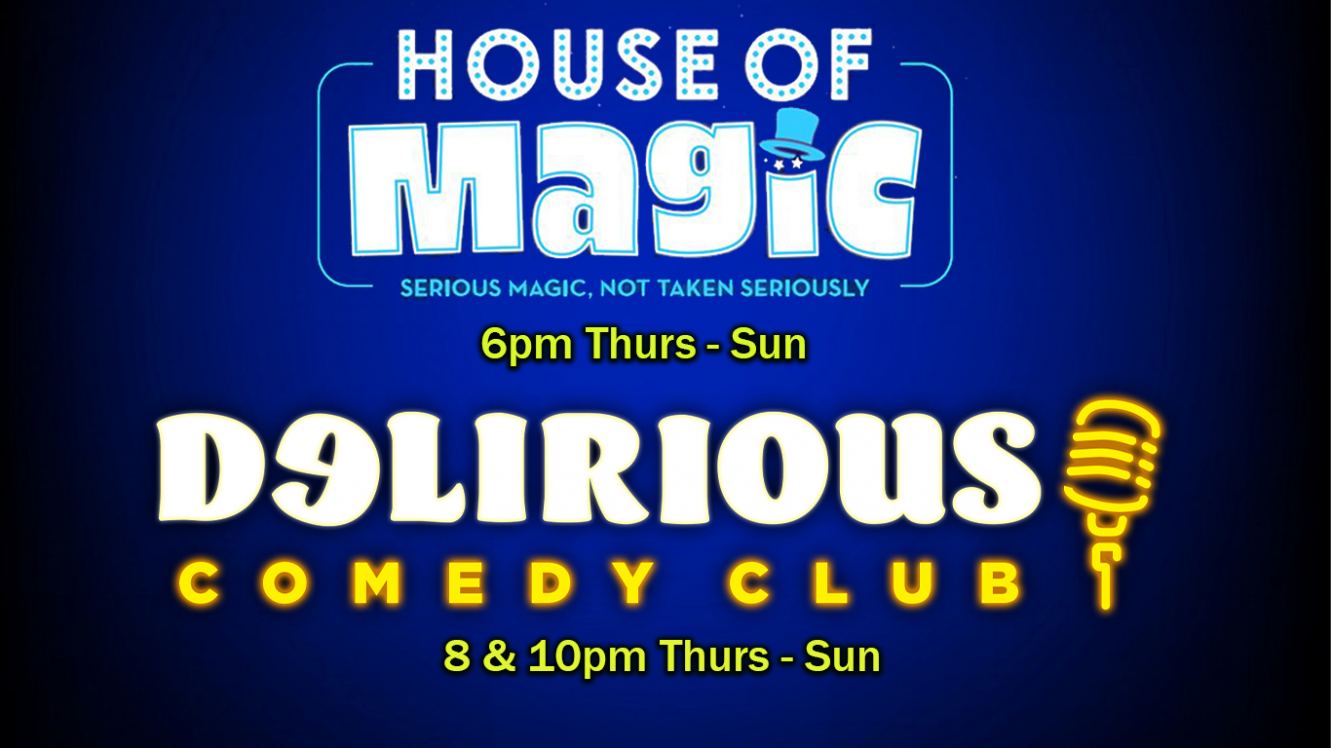 Downtown's Best Comedy Club is adding the House Of Magic to their lineup featuring serious magic, not taken seriously along with their celebrity comedy series with Pauly Shore.
LAS VEGAS - eTradeWire -- "Serious magic, not taken seriously" is the motto for House of Magic Las Vegas which features a comedy magic show geared for adults although those under 21 are allowed with a parent or guardian. House of Magic showcases a rotating cast of comedy magicians who have been featured on the Tonight Show, Comedy Central, Dry Bar Comedy, Netflix, and more.

House of Magic runs at 6pm Thurs – Sun at Delirious Comedy Club located inside The Downtown Grand Hotel & Casino. Tickets begin at $39.95. VIP seating options are available. House of Magic is perfect for a night out for couples, groups, bachelor and bachelorette parties, celebrations, and more. You will be wowed and amazed, laughing the night away.

More on eTradeWire News
The House of Magic opens with comedy magician Justin Rivera whose list of credits include Comedy Central, Magic Castle in Hollywood and NBC's America's Got Talent where he was named favorite by judges Howard Stern, Sharon Osborne and Howie Mandel. Justin is an entertainer and magic consultant for the Grammy-nominated band OneRepublic, customizing and creating magic art for the popular music video "Love Runs Out" which received many awards, including charity involvement with the Black Eyed Peas.

Justin is known in the comedy circuit as the "Comedian Magician" for his ability to participate with his audience in an engaging, smart, and witty manner and recently performed overseas entertaining our troops.

Beginning Sept 23rd, resident headliner Don Barnhart returns to the Delirious Comedy Club stage at 8 & 10pm Thurs - Sun.  Barnhart's new Dry Bar Comedy Special "The Obese Police" is getting rave reviews, "Don's ability to keep audiences of all ages howling with laughter and coming back for more is what separates him from the average joke teller.  If you enjoy quick witted comedy and hilarious scenarios, you're going to love this full Dry Bar Comedy special from Don Barnhart."

House of Magic and Delirious Comedy Club is taking your health and safety seriously and abiding by all health advisories given by local authorities to provide a safer venue. At this time, customers are required to wear masks unless actively consuming a beverage.

The complete list of health and safety protocols can be viewed here. For more information or to purchase tickets, please visit www.houseofmagiclasvegas.com or www.deliriouscomedyclub.com.