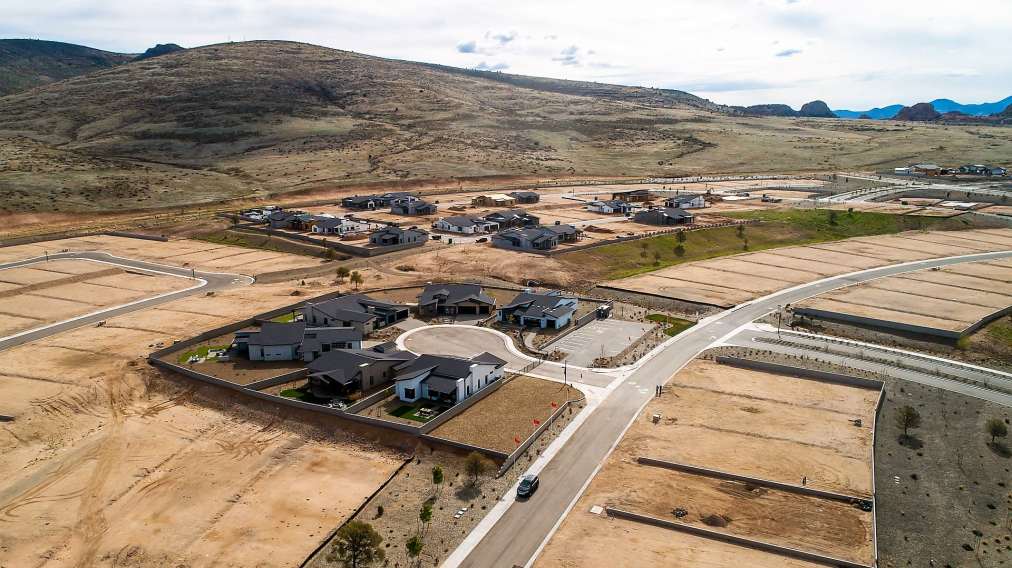 PHOENIX - eTradeWire -- The demand for new housing continues at record-breaking levels throughout the fast-growing state of Arizona. In addressing this demand, Phoenix-based construction technology company Mosaic, and its building partner Mandalay Homes, have hit a new milestone, with the construction of more than 315 homes for Arizona families, but this is just the start.

Over the last 12 months, Mosaic has quadrupled in size to a team of 130, fueled largely by a $14.5 million Series A investment round led by venture capital firm, Andreessen Horowitz.

So far the company estimates that it has increased throughput in the construction process for its partners by as much as 30 percent, made possible by a focus on working with homebuilding industry veterans to improve and standardize construction processes, not the product.

Even better, focusing on perfecting processes ultimately unlocks greater customization, giving homebuyers more architectural and design options at a competitive price. Given that the state is experiencing increased demand for housing from both current residents and those moving from other states, the roll-out of Mosaic's technology is timely, especially in recognition of June as National Homeownership Month.

Quickly becoming known as the "Silicon Desert," Arizona continues to build on its reputation as a growing tech hub buoyed by companies like Medtronic, Infosys, NXP, Carvana, SmartRent, Microchip, and Intel, which is investing $20 billion to build a new facility – its fifth in the Phoenix area -- to supply next-generation semiconductors.

More on eTradeWire News
Further, the state is now also squarely on the international stage. The recent announcement by Taiwan-based TSMC to build its second semiconductor manufacturing facility in the United States resulted in an economic impact of $35 billion at build-out.  Firms such as TSMC and Intel are attracted to Arizona due to a combination of available land and infrastructure, a skilled talent base, favorable tax incentives and little to no natural disasters.

Thus far in Arizona, Mosaic has partnered with award-winning Mandalay Homes on up to 300+ homes at Jasper in Prescott Valley and 35 homes at Adora at Timber Sky in Flagstaff, with future communities planned throughout the state.

"Before partnering with Mosaic, Mandalay had been approaching the limits of what traditional product innovation and existing building materials can do," says Dave Everson, owner and founder of Mandalay Homes. "By improving our control over the construction process and speeding up the framing time, we can add more of this much-needed housing supply without sacrificing quality."

From January through March this year, an analysis of building permits by the National Association of Home Builders (NAHB) showed that while permits rose 24 percent from the same period of 2020 nationally, they rose by just 12 percent in Arizona.  At the same time, they rose by just 8 percent in the Phoenix area as homebuilders grapple with systemic inefficiencies and shortages related to labor, suitable land, and building supplies, especially lumber.

More on eTradeWire News
To continue scaling up to meet the ever-growing demand for housing, Mosaic recruits interns from a diverse group of universities including ASU, MIT, Harvard and Yale, several of whom have developed into full-time employees.  At the local level, Mosaic is working with students at ASU's Luminosity Lab to meet today's real-world challenges, where a team recently created house plans in 3D and used the underlying data to provide rich dashboards for analysis.  It is in the convergence of academia and actual solutions for the building site in which Mosaic excels.

"Mosaic truly represents a convergence of my academic pursuits and upbringing in Arizona," explains Salman Ahmad, CEO and co-founder of Mosaic. "In a thousand years, when people look back to the great traditional buildings of this millennium, we want them to be beautiful and resilient.  We recognize it is an ambitious vision, but we are inspired by and committed to delivering on it every day."

Learn more about how Mosaic is building better at www.mosaic.us.