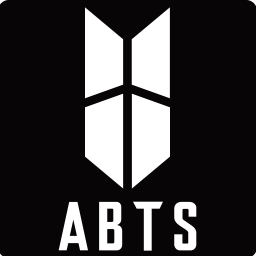 ABTS, a Hong Kong-based company, rolls out with the vision of creating an ABTS ecosystem. The incentives involve uniting the 'Armies' from all parts of the world on a single platform, thus, allowing them to connect, communicate, and participate on a global level.
HONG KONG - eTradeWire -- The  K-pop fever is at its peak. It doesn't matter whether you are hip hop enthusiast or cherish the folk; the Korean talent knows all the tricks to blow you away.

Throughout the year, despite the lockdown and quarantine restrictions, every artist belonging to the East Asin nation has been putting in their best to make the K-Pop the 'World-Pop,' - and they did it.

Among all the top-notch productions and hit compositions, Dynamite, in particular, has been stealing our hearts. Agree or not, Dynamite is like an addiction. The meaningful lyrics, the fast track, and the best direction-Ahh, you just can't stop listening to it, right?

More on eTradeWire News
Though the song is one-of-its-kind, a Hong-Kong company believes it could be the 'best-best, and best of its kind.'

How is it possible? Let's get this straight.

ABTS, a Hong Kong-based company, rolls out with the vision of creating an ABTS ecosystem. The incentives involve uniting the 'Armies' from all parts of the world on a single platform, thus, allowing them to connect, communicate, and participate on a global level.

ABTS also focuses on remixing the super-hit Korean songs such as Dynamite and Boy with Luv, but in the style of the world-class DJs and singers.

So far, everything on the ABTS's to-do list is on track. From the idea of launching the website to the social media appearance, the company now gears towards achieving the next milestone, which is the launch of the ABTS Mastercard.

Since the company has launched its cryptocurrency called the AbtsDollar,  the Mastercard is here to make AbtsDollar dealings a lot easier and convenient. The THX exchange will be on the road along with the ABTS for the exchange of the AbtsDollar. You could buy or sell the AbstDollar via the exchange to continue shopping the ABTS merch, tickets for the concerts arranged by the ABTS, and for visiting ABTS virtual and soon to be launched physical ABTS islands for non-stop entertainment streaming.

More on eTradeWire News
ABTS has also entered a contract with Hanuri Fintech to make the credit card transactions smooth and possible. Moreover, ABTS MasterCard is expected to launch this week. You could find more details on abtsdollar.com.