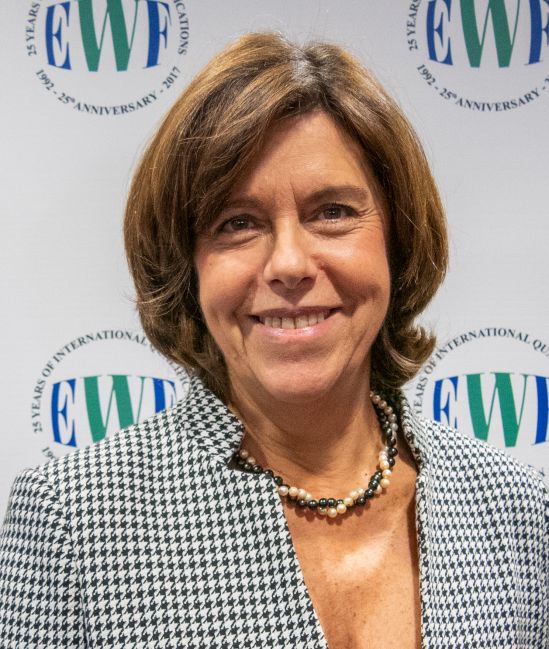 Key achievements so far on an illustrious career

Luísa Coutinho is full Professor at the Department of Mechanical Engineering of the University of Lisbon and Executive Director of the European Welding Federation till the end of 2019. Since 1992, and until the end of 2019, Mrs. Coutinho was the Executive Director of EWF (European Federation of Welding, Joining and Cutting), overseeing the development of a unique qualification system widely used across Europe and recognized globally. The broad adoption and impact of EWF's System in the qualification of personnel and companies of the manufacturing industry has garnered strong international visibility and has certainly contributed to the present award from a reputed academic institution. The Federation currently has 28 European member countries and 1 Observer Member from outside Europe, represented by their national welding societies.

More on eTradeWire News
As an active entrepreneur Mrs. Coutinho was the founder of four industrial companies. Her scientific experience includes coordination and participation in over 90 national and international projects, 74 of which involved the technology transfer to industries. Professor Luísa has written over 140 papers in international journals, several books and, at a national level, has written short papers and journal articles.

She has been the scientific supervisor of over 100 pos doctoral, doctoral and master theses. The collaboration with the European Commission started in the 1980`s as evaluator of proposals for scientific projects and more recently as external expert. She has been invited to give talks and lectures, including over 50 keynote lectures in events around the world. Mrs. Luísa Coutinho was also a co-author in scientific publications produced in cooperation with Aalto University: one book, four papers in international peer reviewed journals and four papers in conference proceedings since 2013.

At Aalto University science and art meet technology and business. Aalto University's mission is to build an innovative society where breakthrough discoveries deeply integrated with design and business thinking enable systemic solutions and accelerate innovation. Aalto University was established in 2010 through a merger of three renowned universities in the Helsinki metropolitan area in Finland. Aalto University is about cross-disciplinary projects and learning in practice.

About the European Federation for Welding, Joining and Cutting

EWF is a pioneer in implementing a harmonized qualification and certification system for joining professionals. Through European projects EWF has been innovating in training methodologies and involved in the development of new technologies and uses for joining and additive manufacturing. Through its member organisations, EWF has established a firm link to the local industry, providing knowledge and training as well as participating in research initiatives that address the most pressing questions and challenges in the field of joining technologies.